The prodigal son in the Bible – Story And Parable

The parable of the prodigal son is one of the best-known parables of Jesus. It appears only once in the Gospels, in Luke 15:11-32.

summary of the prodigal son in the bible

A man had two sons,” Jesus continued. The youngest of them said to his father: “Dad, give me what I get from the inheritance.” So the father divided his property between the two. Shortly afterwards the youngest son gathered all that he had and went to a far country; there he lived wildly and squandered his inheritance.

When he had spent it all, a great shortage arose in the region, and he began to be in need. So he went and got a job with a citizen of that country, who sent him to his fields to take care of pigs. He was so hungry that he wanted to fill his stomach with the food they gave to the pigs, but still nobody gave him anything. Finally he reconsidered and said to himself: “How many of my father’s day laborers have food to spare, and here I am starving! I have to go back to my father and tell him: Dad, I have sinned against heaven and against you. I no longer deserve to be called your son; treat me as if he were one of your hired hands.” So he undertook the journey and went to his father.

He was still far away when his father saw him and took pity on him; he ran out to meet him, hugged him and kissed him. The young man said to him: “Dad, I have sinned against heaven and against you. I no longer deserve to be called your son.” But the father ordered his servants: “Quickly! Bring the best clothes to dress it. Also put a ring on his finger and sandals on his feet. Bring the fattest calf and slaughter it for a feast. Because this son of mine was dead, but now he has come back to life; he was lost, but we have already found him.” So they started partying.

Meanwhile, the eldest son was in the field. As he came back, as he approached the house, he heard the music from the dance. He then called one of the servants and asked him what was going on. “Your brother has arrived,” he replied, “and your father has killed the fattest calf because he has recovered his son safe and sound.” Outraged, the older brother refused to enter. So his father came out begging him to do it. But he replied: “Look how many years I have served you without ever disobeying your orders, and you have not given me a kid to celebrate a feast with my friends! But now comes that son of yours, who has squandered your fortune on prostitutes, and you have the fattest calf slaughtered in his honor!”

“My son,” his father told him, “you are always with me, and everything I have is yours. But we had to celebrate and rejoice, because this brother of yours was dead, but now he has come back to life; he was lost, but we have already found him.”
(Luke 15:11-32)

The petition of the son to the father

The word “prodigal” refers to someone who spends what he has on useless things. To begin, Jesus introduces the main characters and the issue. “A man had two children. The youngest of them said to his father: “Dad, give me what I get from the inheritance.” So the father divided his property between the two ». This request was somewhat offensive because it is as if the youngest son had told his father that, since he was slow to die and he wanted to enjoy life, he preferred that he advance his inheritance so that he could go and start living in the future. way of him.

The father agreed, divided the inheritance and the youngest son went to a distant country where he wasted the money on unbridled pleasures. He was left with nothing and began to be in need so he had to look for a job. But the country where he lived had economic problems and it was not easy to get one. There was only work taking care of pigs, an unclean animal for the Jews. The fact that he accepted it reveals his level of desperation of him. He was hungry and even wanted to eat the pigs’ food. Such was his situation!

The young man remembered that in his house the day laborers who worked for his father lived better than him and decided to return. He rehearsed a mini-speech in which he would try to convince his father to give him a job. He knew that the offense against his father had been enormous and he no longer aspired to be treated like a son. However, his father’s love for him was very great. The same father who let him go without recrimination received him without question or censure.

He was still far away when his father saw him and took pity on him; he ran out to meet him, hugged him and kissed him. The young man said to him: “Dad, I have sinned against heaven and against you. I no longer deserve to be called your son.”
(Luke 15:20-21)

What a moving scene! The father runs out to greet his son, hugs him, and kisses him. He doesn’t wait inside the house or treat his son coldly. He doesn’t tell him to go take a bath or change his clothes before greeting him, but rather he welcomes him and expresses his love and acceptance of him just as he was. He does not even let the son finish the short speech that he had practiced but interrupts him and orders his servants:

Soon! Bring the best clothes to dress it. Also put a ring on his finger and sandals on his feet. Bring the fattest calf and slaughter it for a feast. Because this son of mine was dead, but now he has come back to life; he was lost, but we have already found him.” So they started partying.
(Luke 15:21-24)

The joy of the father for the return

The parable does not end there. The eldest son returns from working in the fields and realizes that there is a party. He asks one of the servants what is going on and he tells him that his brother had returned and that the father had organized a celebration. The eldest son got angry. He couldn’t understand how his father would throw that party in honor of his wasteful and foolish brother, while he, who had been working the land next to him, had never been given a single kid to celebrate with. his friends.

The father leaves the party to ask his older son to come in, but he doesn’t want to. The father tries to calm him down and explains that everything he has always been at his disposal, but that it was important to celebrate the arrival of his brother “because this brother of yours was dead, but now he has come back to life; he was lost, but we have already found him »(v.32). The father understands the reaction of his eldest son but does not allow it to cloud the joy he feels at the return of his other son.

That’s how strong the joy that God feels when we come before him repentant. In heaven, there is a party every time a sinner repents! God is a loving father who patiently waits for us to realize our mistakes and recognize that we need him in our lives. He awaits us with open arms. He receives us, forgives us, restores us as his children, and fills our lives with his forgiveness and his love.

The purpose of parables

Many tax collectors and sinners came to hear Jesus, so the Pharisees and the teachers of the law began to murmur, “This man welcomes sinners and eats with them.”
(Luke 15:1-2)

Jesus often taught in parables. He narrated a common situation to give moral teaching and here he takes advantage of the opportunity. The Pharisees and teachers of the law did not understand why Jesus spent time with people who did not have a good reputation. Jesus answers them with these parables whose theme is to recover something lost: a sheep, a coin, or a son. Jesus wants to make it clear that for him, for God, we are all valuable. He also talks about the importance of repentance and the joy it brings to the heart of God, something we see in the last verse of the parable of the lost sheep.

I tell you that it is also in heaven: there will be more joy for a single sinner who repents than for ninety-nine righteous who do not need to repent.
(Luke 15:7)

The end of the parable of the lost coin expresses the same feeling.

I tell you that in the same way God rejoices with his angels for a sinner who repents.
(Luke 15:10) 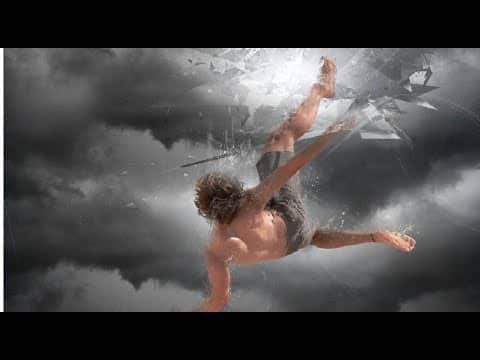