10 Signs of the end of the world in the bible

Spread the love
what are the signs of the end of the world, if this is your query, this article will reveal 10 signs of the end time to you below.
We live in a finite world; the Bible speaks of the end of it and details the signs that will precede it. God exhorts us in his word to be alert, to prepare.
Among the things that the Bible mentions that will happen are the second coming of Christ, the time when Jesus will come to look for his Church, and all of us who have put our faith in Him will go to live with Him for eternity.
The Bible also tells us that at the end of time the nations will be judged and many catastrophes, famines, and wars will occur. Those of us who have believed in Jesus as God and Savior need not fear.
We are certain of an eternity with our heavenly Father enjoying the fullness of his love, adoring him forever. But it is important to be prepared, recognize the times and exhort those around us to come to God,

Signs of the end of the world in the bible

There are several passages in the Bible that tell us about the different signs that we will see at the end of time. In fact, there is a prophetic book in the Bible, Revelation, that speaks in detail on this subject. In Matthew 24:1-14 Jesus is speaking to his disciples about the signs of the end and there we find a good summary of what to look for. Jesus mentions the ten signs below.

Matthew 24:5 speaks of some who will announce that they are the Christ and will deceive many people. That is why it is important to know that when Christ returns, every eye will see him, that it will be something sudden and simultaneous.

Wars and threats of war

There will be many wars, more than we have ever seen. It will be difficult for nations to keep the peace and reach agreements.

Hunger will spread everywhere due to wars, the increase in natural disasters (earthquakes, hurricanes), and the effects of mistreatment of nature.

Persecution and hatred of Christians

Many will lose their lives just because they love and serve Jesus. The hatred against the Church will increase and will be very visible in all spheres of society.

ALSO READ  9 Fruits of the Spirit meaning and purpose (kjv)

Many will abandon the faith

There will be people who will not bear the rejection and hatred against them, so they will prefer to follow other doctrines or currents more accepted by society.

There will be no loyalty, each one will seek their own welfare and protection even if the price is to betray those closest to them. The hatred will be more than evident.

False prophets that will deceive many

All kinds of doctrines will arise that will attract people and many will accept and follow them.

Evil and unjust actions will spread. There will be a large number of people without scruples or remorse to prevent them from causing harm to others.

Hearts will harden, and love and the desire to help or care for others will decrease.

Spread of the gospel throughout the world

What will the second coming of Jesus be like?

All will see when Christ returns victorious to seek His Church. At the sound of the trumpet, the dead in Christ will rise, and the living will be caught up.

The Lord himself will descend from heaven with a shout, with the voice of the archangel and with the trumpet of God; and the dead in Christ will rise first. Then those of us who are alive, those of us who remain, will be caught up with them in the clouds to meet the Lord in the air. And so we will be with the Lord forever.
(1 Thessalonians 4:16-17)

No one knows the exact date this will happen, only God the Father knows the day and hour (Matthew 24:36). The coming of Christ will be totally sudden, “as the lightning that comes from the east is also seen in the west” (Matthew 24:27). That is why it is so important that we have the certainty that Christ is our Lord and Savior, that we have given our lives to Him. Thus, we will await his second coming with joy and not with fear.

ALSO READ  Why Do the Wicked Prosper? Here is The Truth To Know

Due to the complexity of the themes, it is not very easy to point out when one begins and the other ends because they are closely linked. In addition, the symbology that it contains makes it a bit more complex and it is difficult to say that one knows for sure everything that it contains. However, what we can say is that some of the themes are clearly the clearest and most important.

ALSO READ  What Is Needed To Grow Spiritually 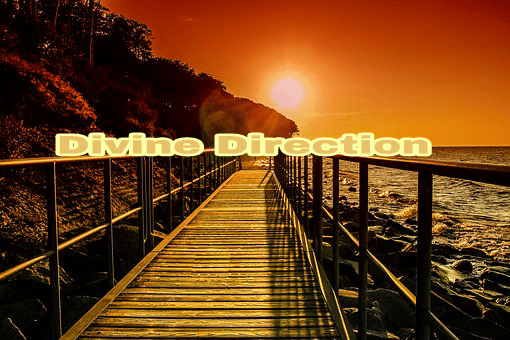