Summary of the story of Daniel in the bible

Do you want to know the story of Daniel?, they are many facts about daniel in the bible we should know, and Today in this article, you will find everything the Bible tells us about Daniel the prophet and what his contributions are to Christianity. Shall we start?

He may not be the best known in the entire Bible, but Daniel has a very important role. in our sacred book and that is why Christians consider him one of the four major prophets.

In today’s article, we are going to delve deeper into the figure of Daniel in the Bible, as well as his legacy. We will also discuss his significance and how his prophecies affect us in our lives today.

Let yourself be carried away by our explanations about Daniel and understand even more the biblical story that is so fundamental for our faith. After reading this article, we hope that most of your doubts are resolved and if we don’t, you can always complement our explanations with more research!

We don’t want to make you wait any longer, go ahead with the story of Daniel in the Bible!

The Bible story of Daniel summarized

To embark on this journey through the biblical character of Daniel, we first invite you to watch a few-minute video that explains in a clear and simple way the content of the Old Testament book of Daniel.

This will give you an idea of ​​what you are going to learn today and will guide you so you don’t get lost later on. You can always go directly to the thick of the chapter, but we assure you that this video is well worth watching. We wish you like it!

Meaning of Daniel in the Bible

Daniel is a very used name today and you should know that, apart from being a pretty name, it is one of the oldest known names and has a very deep meaning given its Hebrew origin.

The word Daniel can be separated in Hebrew as “Dan-i-el”, which literally means: “God is my judge”. This meaning is closely linked to the history of the biblical character since it was God who helped him and saved him from the false justice exercised by the despotic monarchs with whom he lived.

The feminine version of the name is Daniela and it means the same as the masculine one. So, if you want to have a deeply Christian name to give your children or to recommend to any loved one, Daniel and Daniela are options that you can consider.

The Book of Daniel is the best-known work of the prophet and the only one attributed to him in the Bible. You can find it in the Old Testament, in the block of prophetic books just after Ezekiel and before Hosea.

Specifically, Daniel is part of the group of major prophets, along with Isaiah, Jeremiah, and Ezekiel; as we explained to you in another article of christ win. This is because its length is larger than that of the other prophetic books, called minor prophets.

In the book, you will find a biography of the prophet Daniel, surely narrated by himself. Since Daniel lived in Babylon, as we will see later, the book was originally written in Hebrew, the language of the Jewish people to which Daniel belonged; and also in Aramaic, the language of the Babylonian empire.

For Christians, this book is a prophecy of the messiah announcing the coming of Jesus many years later. And this interpretation is not at all unfounded, since in it you can find passages like this:

“ Know therefore and understand, that from the going forth of the commandment to restore and to build Jerusalem unto the Messiah the Prince shall be seven weeks, and threescore and two weeks: the street shall be built again, and the wall, even in troublous times.” (Daniel 9:25)

Biography of Daniel and his biblical history

Next, we are going to delve fully into the story of Daniel, reviewing the most important episodes of his life and following the narrative of his book, since it is our main source of information,

Daniel lived at a time when the Jewish people had been invaded by the Babylonian army commanded by King Nebuchadnezzar II, driving many people into exile in the imposing Babylonian capital.

As the prophets before Daniel of the Bible tell us, this Babylonian captivity happened because the Jews were breaking the covenant sealed with God through Moses many centuries ago, where the Jews promised to worship God and fulfill the commandments.

However, after years of living in the promised land, many began to forget the pact and worship false gods, and live between vice and selfishness that are so frequent in the history of mankind.

God punished his people, allowing the Babylonians to destroy the temple in Jerusalem and capture the city. With this, the Jews were to rebuild their faith in exile and try to renew the covenant they had broken.

It is at this point that the Book of Daniel begins and it is from here that we begin to learn the story of the prophet.

In the first chapter of the book, Daniel tells us how he was chosen along with two other companions to be educated in the king’s court. There they all receive different names, Daniel being nicknamed with the Babylonian name of Baltasar.

ALSO READ  The Sin and Dangers of Criticizing a Believer

The origin of the term Baltasar is the sentence: “Bel, protect his life., Daniel’s new full name is a sign of what his life would be like: Daniel would protect the king on numerous occasions, thank God.

Story of Nebuchadnezzar and Daniel

The first part of Daniel’s life is closely linked to King Nebuchadnezzar. This was the king of Babylon during his captivity and the one who destroyed the temple in Jerusalem. Historically, he is considered the greatest monarch of that empire, although for the Jews he embodied the image of God’s punishment.

There are several episodes in the book of Daniel where the prophet helps the king showing the greatness of God. In this article, we are not going to dwell too much on these fragments, since we would extend ourselves too much, so we will dedicate an entire article to the importance of Nebuchadnezzar II.

To give you an idea, this part of Daniel’s life is found in Daniel chapters 2-4 and corresponds to the following episodes: Nebuchadnezzar’s dream, the story of Daniel in the fiery furnace, and the madness of Daniel. Nebuchadnezzar.

In all of them, Nebuchadnezzar ends up recognizing the great power of God, even changing his faith. In this process, Daniel becomes a very important member of the court and manages to achieve a better position for the Jewish captives in Babylon.

After the death of King Nebuchadnezzar, the Babylonian empire began its decline; passing many kings who do not manage to keep their position and who are not even mentioned in the Book of Daniel.

The last king of Babylon was Belshazzar, and he is indeed mentioned by Daniel in some of his chapters. The most relevant episode is called “ Belshazzar’s Banquet ” and tells the story of how this king intends to use the sacred vessels taken from the Jerusalem temple for his feast, with an unexpected ending.

In doing so, an inscription appeared on the wall in an apparently magical way, although no one knew how to decipher it. Daniel was called for it and it turned out that the writing on the wall meant the fall of the Babylonian empire.

And so it happened, Belsasar died that night and Babylon fell into Persian hands, being Darius the Mede who would rule the city in the following years.

This episode is narrated in Daniel 5, but there are some visions of Daniel that occurred during the reign of Belshazzar in the chapters Daniel 7 and Daniel 8 . These are known as “the vision of the four beasts” and the “vision of the ram and the goat”.

In them, God shows Daniel how, although many kingdoms will replace Babylon, in the end, the kingdom of God will be established on Earth and will be so forever.

ALSO READ  What is a family according to God in the bible?

Story of Daniel and the Lions

One of the last episodes in Daniel’s life occurs during the Persian reign of Darius the Mede after the fall of Babylon.

Here, a group of people who wish for Daniel’s death manipulates the king into signing an edict prohibiting asking God for things. Daniel fails to comply and is thrown into a den with lions, from which he comes out intact.

This ends Daniel’s faithfulness to God and shows the whole world what Our Lord is capable of, eventually leading to the liberation of the Jews and their return to Israel.

Daniel has his last days on earth during the reign of Cyrus the Great, who allowed the Jews to return to their homes and rebuild the temple and the city of Jerusalem. This would be a new opportunity to renew his faith and the events that occurred in this period are narrated in Ezra and Nehemiah.

However, there is little information on the death of Daniel, although it seems that it occurred in Babylon at a very old age. The latest accounts of him predict the coming of Jesus and are apocalyptic in nature with many possible interpretations.

Story of daniel for kids

The Bible is a beautiful book that everyone can read and it is important that the little ones know it. Even so, some episodes are very crude and it is difficult to explain them verbatim to children so that they understand them.

This is the case with Daniel and his whole story because in many cases his visions and experiences can cause them fear, something that we do not want at all. So, now we are going to show you some videos that you can show to the little ones in the house so that they understand the story of Daniel without any fear.

In the following video, Daniel 1 is explained very clearly, thus serving as an introduction to the Book of Daniel for children. It is also short and is not going to be boring at all.

The best-known episode in Daniel’s life is the one in the lions’ den, so there are many versions for children that are clear and understandable.

With this episode, children can learn what it means to be faithful to God and how Daniel manages to do it despite many adversities ahead. Show this video to whoever needs it, they will surely like it!

And here we come to the end of this article about the great prophet Daniel of the Bible. Biblical history is very important, as you have seen, and studying it makes us much stronger in faith. 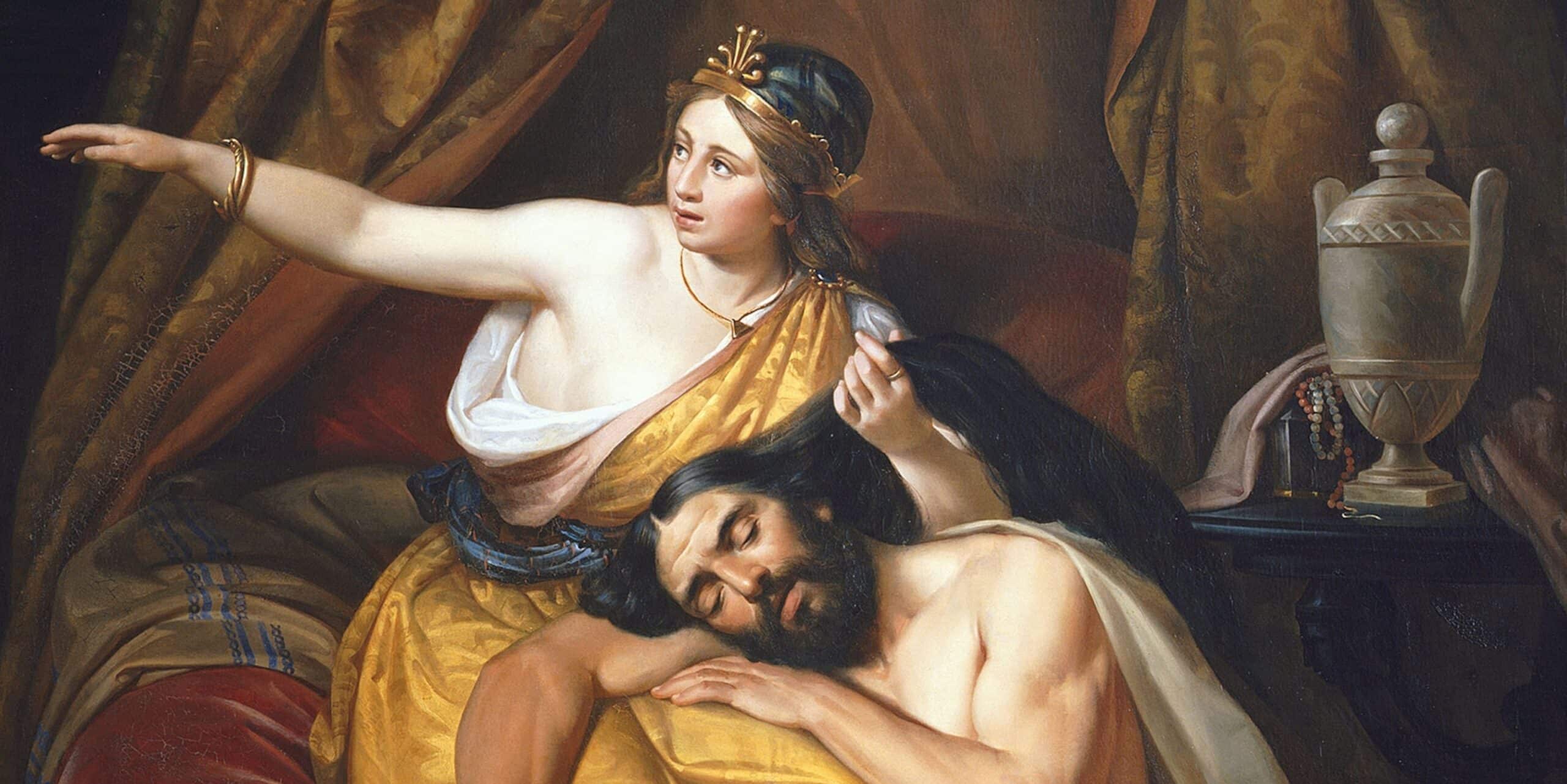