The 10 commandments are a set of laws or ethical and religious principles that guide the behavior of Jews and Christians. Also known as the Decalogue,

For believers, the principles of the Decalogue are commandments of God’s law. In the Christian tradition in particular, they are expressed and listed differently than in Judaism, although in essence they are the same.

History of the ten commandments

The origin of the ten commandments is written in the book of Exodus, chapter 20. After Moses managed to free his people, the Jews made a pilgrimage through the desert in search of the promised land.

According to the biblical account, they camped at the foot of Mount Sinai. Then, Moses went up to the mountain, where God manifested himself to him and gave Moses the so-called Tablets of the Law, in which the divine law was recorded.

ALSO READ  The price to pay to defeat the enemy

The ten commandments of Jewish law are as follows:

1st) You will not have other gods in front of me.

2nd) You will not make any sculpture and any image of what is above, in the sky, or below, on the earth, or under the earth, in the waters. You will not prostrate yourself before them, nor will you worship them, because I am the Lord, your God, a jealous God, who punishes the wickedness of the parents in the children, until the third and fourth generation, if they hate me; and I have mercy throughout a thousand generations, if they love me and keep my commandments.

3rd) You shall not pronounce the name of the Lord, your God, in vain, because he will not leave unpunished those who pronounce it in vain.

4th) Remember the Sabbath day to sanctify it. For six days you will work and do all your tasks; but the seventh is a day of rest in honor of the Lord your God. Neither you, nor your son, nor your daughter, nor your slave, nor your female slave, nor your animals, nor the foreigner who resides in your cities will do any work in it. For in six days the Lord made heaven, earth, sea and everything in them, but on the seventh day he rested. That is why the Lord blessed the Sabbath day and declared it holy.

5th) Honor your father and your mother, so that you have a long life on earth that the Lord, your God, gives you.

7º) You will not commit adultery.

9º) You shall not bear false witness against your neighbor.

The 10 commandments and their meaning

let’s see what the ten commandments are, their meaning and their history.

1. You will love God above all things

The first commandment consists of putting all the faith, trust and love in the one God, as well as accepting God’s authority and guidance over one’s life. God has to be the beginning and the end of existence. This includes not worshiping or worshiping any idol, whether material or symbolic.

The formulation of the phrase “love God above all things” synthesizes two commandments involved in each other, one taken from the book of Exodus and the other from Deuteronomy. Namely:

According to the Gospels, the aforementioned commandment of Deuteronomy 5, 5 was considered by Jesus as the most important in the Jewish tradition. For this reason, Christianity exalts him (see Matthew 22, 34-39).

2. You will not take God’s name in vain

The believer is prohibited from using God’s name without justification. This includes swearing on your behalf unnecessarily, cursing, blaspheming, lying, attacking others, or taking advantage of others. The seriousness of this is that when a believer uses God’s name in vain, his wrongdoings discredit God’s reputation, and can lead others to deny Him.

3. You will sanctify the holidays

Sanctifying the holidays consists of respecting the holy days, resting and complying with the rituals that express the relationship of the believer with God.

The importance of sanctifying the festivities lies in keeping the presence of God alive and nurturing one’s own spirituality, since “man does not live on bread alone.” This prevents the believer from absolutizing work and falling into empty activism.

Likewise, it allows the believer to dedicate time to cultivate his relationship with God and with his loved ones in favor of his spiritual growth.

4. You will honor father and mother

Honoring father and mother means respecting them, loving them and showing appreciation for the care they have lavished on their children. It implies that the children become good people, such that the parents are blessed and that the family enjoys a well-reputed name.

This principle can also be applied to other family ties, as well as in respectful relationships with teachers and other authority figures who generously share its teachings.

5. Thou shalt not kill

Life is considered a sacred gift given by God, and in that sense, only God has the right to take it away. This commandment is a fundamental civic principle of Judaism and Christianity.

Murder and violence are condemned by law. There are no exceptions. He who kills violates the sacred principle of life.

6. Thou shalt not commit impure acts

Impure acts are adultery, infidelity, rape, rape and other acts of lust that compromise the moral or physical integrity of people.

The meaning of this law is to promote the exercise of a dignified sexuality through the control of carnal impulses, respect for the other and the sanctification of marriage. In this way, marital fidelity, self-control and sexual health are promoted

7. Thou shalt not steal

The command not to steal is part of the civic aspects of the Ten Commandments.

It encompasses many direct or indirect ways of causing material and moral harm to others. For instance:

8. You shall not bear false witness or lie

The eighth commandment prohibits lying, especially when it comes to slander against others. The lie has the power to destroy people morally and materially, and its consequences can be irreparable.

For example, slander can cause a person to lose their work and family life forever. Hence, people’s reputations must be considered sacred. Your well-being depends on it.

9. You will not indulge in impure thoughts or desires

In Christianity, the ninth commandment is not to deliberately admit or stimulate thoughts that violate the values ​​of chastity, respect for the other, and marital fidelity. Consenting to it, that is, consciously feeding impure thoughts increases the risk of causing harm to others and to oneself.

This commandment is an extension of one of the aspects indicated in verse 17 of the book of Exodus, chapter 20: “You shall not covet your neighbor’s wife”, also available in Deuteronomy 5, 21.

10. You will not covet the goods of others

The tenth and last commandment can be summed up as follows: you shall not envy. That is, you will not want the goods that others have. In Judeo-Christian spirituality, greed is understood to be the gateway to robbery, murder, and carnal incontinence. Therefore, this commandment aims to promote the value of work, brotherhood and fidelity.

The 5 commandments of the Catholic Church

In addition to the ten commandments, the Catholic Church includes five commandments on the minimum ritual duties that its faithful must observe.

Explanation of Philippians 4:13 I can do all things through Christ who Strengthens me

Is it a sin to borrow money according to the Bible?

The Story of the Apostle Paul: Who was Paul of Tarsus?

Spread the lovePaul of Tarsus, the apostle Paul, is undoubtedly one of the best known biblical characters for all Christians. However, his story is extraordinary enough,… Read More »The Story of the Apostle Paul: Who was Paul of Tarsus?

Meaning of God the Father According to the Bible 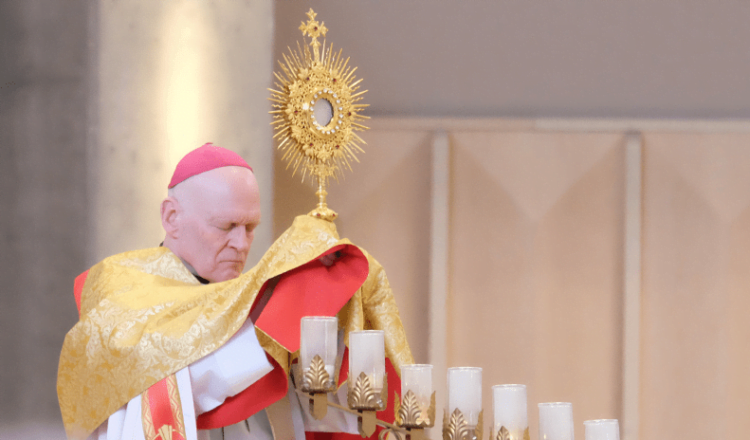 Spread the loveThese prayers for mass are to start the holy Eucharistic celebration. Prayers allow us to enter into a time of joy and gratitude,… Read More »3 Wonderful Catholic Prayers for Mass