Characteristics of the Spirit of Ahab According to the Bible

What are the characteristic of the spirit of Ahab, if this is the reason you’re here, continue reading to find out more below on this article.

The characteristics of the spirit of Ahab, are defined as those possessed by the spirit that comes to bring the impious to the work of God, seeking that people go to idolatry since it comes from the king of Israel who was influenced by Jezebel, a woman who imposed herself on the worship of her Baal gods.

When speaking of this spirit, it is related to the one that comes to impose immorality, seeking divisions and rebellions among the members of a congregation, so that they return to the service of other gods, moving them away from the worship of the true God.

King Ahab was the seventh king of Israel who ruled in the year 918 and reigned for 22 years, marrying Jezebel, who was the daughter of Ed-Baal, the pagan king of Tire, she was an idolatrous woman, who exerted great influence to be able to introduce into the people of Israel paganism and the worship of false gods.

In this way, Jezebel influenced Ahab to worship the gods and images of Baal and Ashtoreth, raising and building the temple in Samaria to the well-known god Baal, and because of the apostasy, the Lord punished the people of Israel with three years of drought.

Although Ahab was a man trained in military areas, he had leadership skills, and was prepared for war, to fight for his kingdom against his enemies, and to be trained from a very young age by his father, he allowed himself to be a woman caused him to stray from the worship of God.

For that sin that King Ahab did, the people of Israel suffered drought and famine for these three years, until Elijah the prophet of God opened his mouth, prophesying the end of the drought, managing to end the situation that afflicted the people. , in addition to defying and killing all the prophets of Baal on Mount Carmel.

Spirit of Ahab in the Bible

Ahab’s spirit was influenced by this woman called Jezebel, who led him to worship the gods of Baal and Asherah, emphasizing in Ashtoreth the goddess of sensuality, called by the Phoenicians, as the queen of heaven, influencing from the sexual plane to Ahab.

In this sense, the spirit of Ahab comes to represent the man who is weak on the spiritual plane, and of character on the planes of life, causing that passive position to lead to the destruction of the priesthood of man on all planes, from the familiar and professional appearance.

This type of spirit works hand in hand with that of Jezebel since it took control of this man, who managed to get more than ten million Hebrews to worship Baal, therefore it is a spirit that comes to destroy the worship of the true God.

“Truly none was like Ahab, who sold himself to do evil in the sight of the Lord; because Jezebel his wife incited him” (1 Kings 21:25)

Thus, the spirit of Ahab being influenced by Jezebel allowed her to take spiritual dominion over the children of Israel, and lead them to the worship of pagan gods and child sacrifice. In this way, it is a spirit that has no authority or character, over this woman who had him as a puppet, because she took the reins from her, passing over him.

“And his wife Jezebel came to him and said to him, Why is your spirit so sad, and you do not eat bread? And he answered: Because I spoke with Naboth of Jezreel, and I told him to give me his vineyard for money, or that if he wanted more, I would give him another vineyard for it; and he answered: I will not give you my vineyard.

And his wife Jezebel said to him, Art thou now king over Israel? Get up, and eat and be glad; I will give you the vineyard of Naboth of Jezreel. So she wrote letters in Ahab’s name, sealed them with her ring, and sent them to the elders and chiefs who dwelt in her city with Naboth.

And the letters he wrote said thus: Proclaim a fast, and set Naboth before the people; and set two wicked men before him, that they may testify against him, and say, Thou hast blasphemed God and the king. And then bring him out, and stone him, and he may die (1st Kings 21:5-10)

In this passage from the Bible it is seen how Ahab did not assume his position as king, and let Jezebel take control of situations, who acted with a cruel and violent attitude to take control, showing that malevolent and almost diabolical attitude of that woman, and that caused God to depart from Ahab for letting this woman act unscrupulously, and he worship false gods.

ALSO READ  What does it mean to be free in Christ

Then the word of the Lord came to Elijah the Tishbite, saying, Arise, go down to meet Ahab king of Israel, who is in Samaria; behold, he is in the vineyard of Naboth, to which he has gone down to take possession of it.

And Ahab said to Elijah: Have you found me, my enemy? He answered: I have found you because you have sold yourself to do evil before the Lord. Behold, I will bring evil upon you, and I will sweep away your posterity and destroy even the last male of the house of Ahab, both the bond and the free in Israel. » (1st Kings 21:15-21)

In this way the spirit of Ahab, is dominated by the woman, he was not a cowardly man, but he was submissive before this woman called Jezebel, and in this way, it led to the loss of the kingdom of Ahab and the inevitable punishment product to deviate from God’s ways.

Characteristics of the Spirit of Ahab according to the Bible

Among the characteristics of this spirit that are evident in some people are the following:

Conclusion:
Finally, the spirit of Ahab is the one who does not assume authority, moves away from leadership, and usually has a woman by his side who is influenced by Jezebel, leading him to be dominated by her, abandoning his priesthood, and dedicated to service. of other gods, moving away from the worship of the true God. 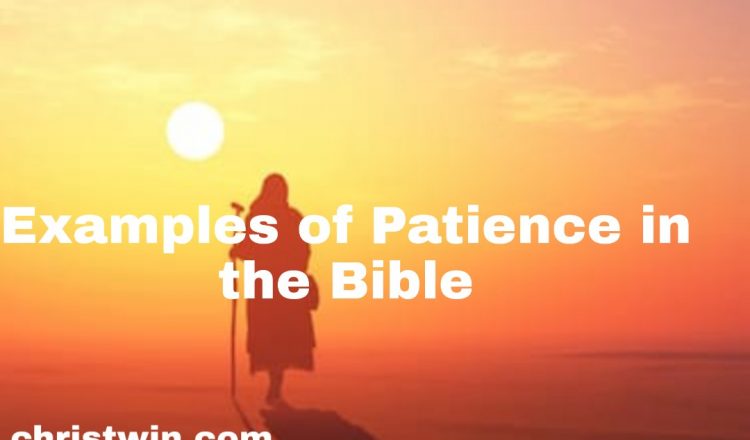