Did Jesus Have a Tattoo? – Here Is What the Bible say

We don’t know, but many people think so. In fact, there’s an entire religious subculture based on the idea that Christ had body art – which is oftentimes referred to as stigmata. But what exactly are stigmata, and why do some Christians believe that Jesus had tattoos?

Read this article to find out more about What the Bible say about tattoos and why Christians might believe that Jesus had tattoos in the first place.

What does the Bible say about tattoos?

The Bible says nothing about tattoos as we know them today. We talk about the process of injecting ink into the skin with a special machine as an artistic expression.

However, the Bible does mention skin markings, and over time this phrase has been translated in various versions of the Bible as skin tattoos. Let’s read the verse to which we refer.

You shall not make any cuts on your body for the dead or tattoo yourselves: I am the Lord.
(Leviticus 19:28)

Leviticus chapter 19 begins with a call from God to the people of Israel exhorting them to live a life of holiness.

To be holy means to be separated or set apart. God is unique, and there is no comparison between him and the other gods. In the same way, he wanted his chosen people to be different from other peoples in terms of living a holy life, separated from everything that did not please him.

After calling the Israelites to a life of holiness, God reminds them of various laws and ordinances that He had previously given them. Obedience to those laws would be the basis for them to live according to his will. That would distinguish them from the people around them.

Verse 28 is part of the section on common practices among heathen peoples. There they mention, for example, eating things with blood or cutting their hair and beard in a specific way as a sign of worship of a god. He also speaks of injuring his body as an expression of mourning, out of superstition or as a sign of respect for the dead.

The marks or tattoos that this verse speaks of were in honour of idols or as a sign of mourning. They were also used to distinguish to whom a slave belonged. It seems that they scratched themselves with their nails or with some kind of sharp object until they got a mark or scar, and then they filled it with ink.

Tattoos were used primarily as a sign of worship or worship of a god or idol.
As soon as others saw the mark, they knew which God the other person served.

Some cultures, such as the Greek or Roman, were used to distinguish someone’s social position or military rank. They were also used as a sign of belonging. That was the case with the enslaved people.

The two positions among Christians

Within Christianity, we find two positions regarding tattooing. On the one hand, there are Christians who think that there is no problem with getting a tattoo, and on the other hand, there are those who believe that Christians should not do it.

Christians in favour of tattooing are based on Leviticus 19:28, talking about practices to honour pagan gods. There is no problem if the person does not seek to exalt idols or other gods. They are not opposed to a Christian getting a tattoo just because he considers it art or because he wants to have a reminder of something special.

Christians against tattooing say that the verse does prohibit tattooing for any reason. Some do not see well to imitate or follow a pagan custom of antiquity. Others say that any tattoo or mark that we make on our bodies is wrong.

Both groups agree that the Bible does prohibit tattoos and that this prohibition is valid today.

Two Important verses to think about

The following verse can help you prayerfully evaluate this issue before God.

Do you not know that your body is the temple of the Holy Spirit, who is in you and whom you have received from God? You are not your own owners; they were bought with a price. Therefore, honor God with your body.
(1 Corinthians 6:19-20)

Although this verse from 1 Corinthians is within a passage that speaks about sexual immorality, it is clear that the Holy Spirit dwells in one who has received Jesus as Savior. We are the temple of him, and we must honour him in everything we do.
Does that tattoo honour Jesus?

Another verse that can help us meditate and pray about this is found in 1 Corinthians 8. It goes like this:

However, be careful that your freedom does not become a cause of stumbling for the weak.
(1 Corinthians 8:9)

Sometimes, even though something doesn’t seem wrong to us or we know that God doesn’t forbid it, we don’t do it so as not to affect the spiritual life of someone we love. Just because we are free to do something doesn’t mean we should do it without first praying or thinking about how it will affect others.

For example, that verse in 1 Corinthians 8:9 refers to eating meat that had been sacrificed to idols. Eating the meat was not the problem. The purpose it had served before, yes. Paul exhorts Christians to love those who are weakest in faith and not to do anything that would prevent them from growing spiritually. The love for God and others must be so great that we will be willing to give up things that we would like to do or have for the love of them.

What you should consider before getting a tattoo

If you are considering getting a tattoo, it is important that you do the following.

Other verses that seem to talk about tattoos

There are some Bible verses that seem to talk about markings similar to tattoos. Let’s see some of them.

This verse seems to allude to the mark that slaves, soldiers, or idolaters received. That mark was made by drilling with fire or with some kind of colouration.

ALSO READ  Raiment in the Bible - What does the Bible say about fashion and our clothing?

In the last book of the Bible, Revelation, two types of marks are mentioned. One is the seal of God on the forehead of his servants, and the other is the mark of the beast on the person’s hand or forehead.

the seal of God

Do no harm to the land, the sea, or the trees, until we have put a seal on the foreheads of the servants of our God!
(Revelation 7:3)

The verses that talk about the seal of God on the forehead of his children do not say exactly what that seal will be like. Will it be a tattoo, a light? We do know that the people redeemed by God through the sacrifice of Jesus on the cross will receive a mark on their forehead, the name of God. This will distinguish them as his chosen ones and protect them in the midst of the end times’ tribulation.

the mark of the beast

He also managed to get everyone, big and small, rich and poor, free and slave, to have a mark placed on their right hand or forehead, so that no one could buy or sell, unless they wore the mark, which is the name of the beast or the number of that name.
(Revelation 13:16-17)

The other mark that Revelation mentions is the mark of the beast, which will be the name of the beast or the number of his name. Once again, we are not sure what kind of mark it will be (tattoo?). But we know that no one will be able to buy or sell without that brand.

Conclusion:
Though the Bible doesn’t specifically say that Jesus had tattoos, it does list several things that he was said to have done, such as riding into Jerusalem on a donkey or healing someone with leprosy by touching them. Of course, these accounts are written by people who lived after Jesus died and just telling stories about what they thought he did, so it’s possible that some of the things they say he did were actually much more modern creations in order to help give the stories more impact on their readers. 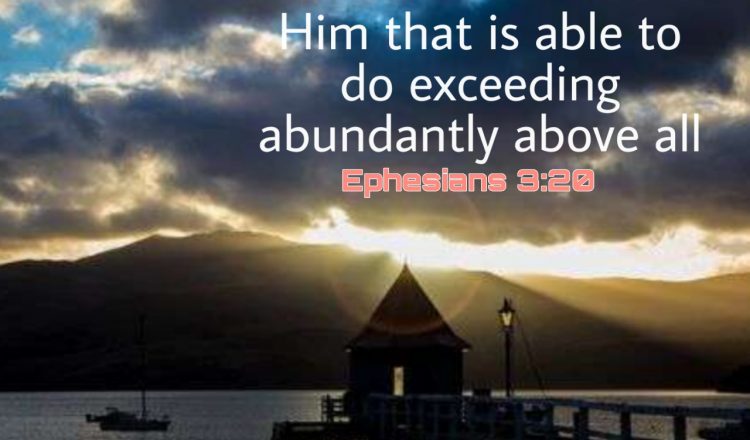 Spread the loveHave you come across Ephesian  3:20  and wondered what the scripture is all about? Get all right with this post. Ephesians meaning and… Read More »Ephesians 3:20 meaning, full explanation