What Is Spiritual Blindness: meaning and explanation

What does it mean to be spiritually blind?  On this post is a meaning of spiritual Blindness with detailed explanation.

Sometimes people’s understanding may surprise us: some may be cultured, intelligent, have received a good education, but on the other hand they may be very limited in their life options or poor in their spiritual life (a spiritual blindness); certainly because they only believe what they see.

On the contrary, some seem very simple, but they have a  deep spiritual life.

Like what some see, while they are   spiritually and internally blind; and others seem blinded by their ignorance but they are in the light, that of God. In this study we will teach you what spiritual blindness means and its other perspective:

See also  Grace May Abound, But Our Choices Have Consequences

How is spiritual blindness identified?

In order to identify a person with spiritual blindness we can take some examples that the Bible gives us:

The Pharisees and the man born blind

The most visible case can be noted with the Pharisees: these were enlightened men; they had knowledge of the law; they were the intelligentsia of the time; but Jesus told them they were  blind.

On the other hand, we can also see the poor beggar from Jerusalem, he was blind from birth (he had only physical blindness).

After Jesus intervened and gave him his physical and spiritual sight, this gave a lesson to the specialists of the law in (John 9) showing that not everyone who knows the word is in contact with God! 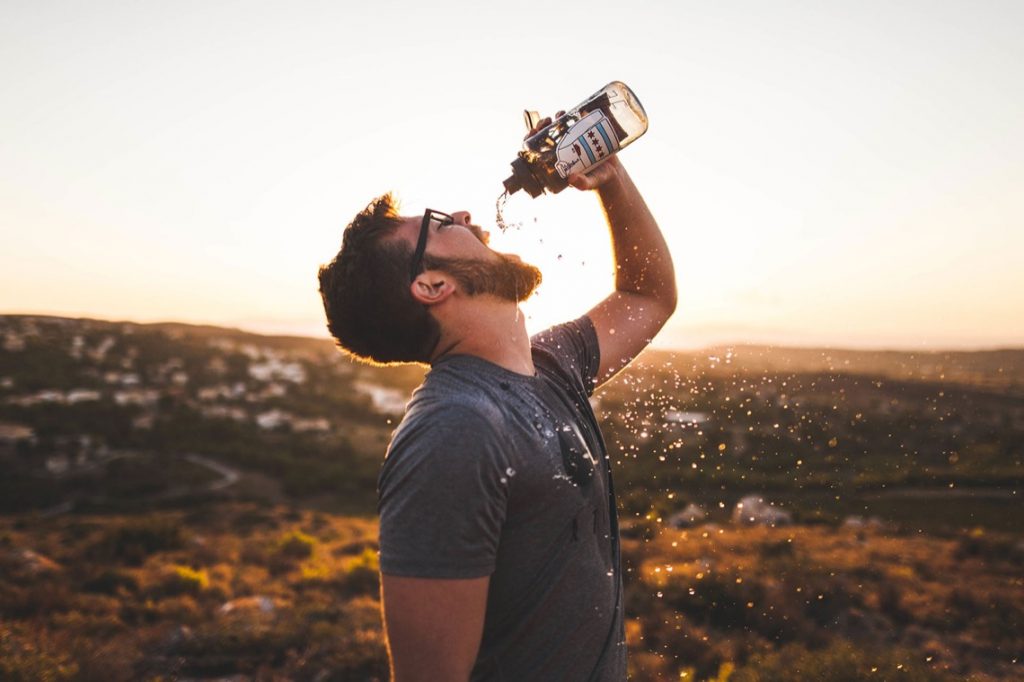 This is the case of the Syrian army (2 Kings 6): they are the undisputed masters of the inhabited world at that time. But, nevertheless, they advance without seeing … the essential. On the other hand, Elisha and his servant see the reality of another army.

Spiritual and cultural blindness of the city of Laodicea

The Scriptures are replete with examples of cultural blindness, that state of not allowing or preventing people from discerning the truth because of their loyalty to national or social values.

We find an example of this with the church in the prosperous city of Laodicea, which Jesus said sternly, saying: “Because you say: I am rich, I have become rich and I do not need anything, and because you do not know that; that you are unhappy, miserable, poor, blind and naked, I advise you… ”(Revelation 3:17)

The people of Laodicea had prospered in many ways, some admirable and quite legitimate. They had developed a successful industry to refine precious metals, make the best textiles, and produce eye drops with healing properties for certain eye diseases that cause blindness.

The Christians of this city have not only enjoyed this prosperity, but have also absorbed its secular values. They adapted very well to the status quo in Laodicea. They were spiritually blinded by the materialistic values ​​of the surrounding society and did not seek to heal themselves from their spiritual blindness at all. It was no accident that Jesus condemned what was most dear to them: their wealth, their clothing, and their eye drops.

“No one is more blind than he who does not want to see” , this is a very popular saying that has a lot of reality (Jeremiah 5: 20-24). Our school nurse was familiar with this spiritual and cultural blindness, inevitable in a totalitarian society.

However, the cultural blindness of the Laodicean Christians was much worse, because they possessed the light of God’s truth with the Old Testament writings and the teachings of the apostles. But they chose not to see . 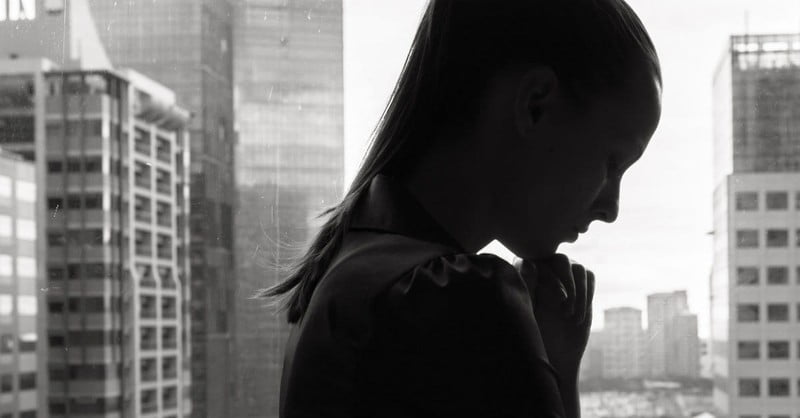 Now, seeing the constant contrast between people who believe they have the power and the perfect life according to their own perspective and the real believers who, although they have physical or monetary disabilities, demonstrate more value in the eyes of God through their faith. We will leave you some contrasts based on 2 Kings 6

See also  Purpose of Fasting according to the Bible

In this story we can notice 2 types of people (The inhabitants of Dotan and the prophet Elisha). The Syrians were the champions of camouflage. They wanted to besiege the city of Dotan, which they accomplished in the middle of the night while the inhabitants of that city slept peacefully because they thought they would not attack at night and felt confident in their human strategy. Here we can notice the carelessness of those people in the middle of a war .

How do we apply this to our current life? Well, here we can see a bit of spiritual blindness, most of the believers are like the inhabitants of Dotan, this lies a lot in those who believe they have excessive knowledge.

When we begin to study further, our thoughts become a little unbalanced, paranoid, reckless, stunned, foolish, and absurd. This in turn causes unbalanced and distorted vision. That is why IT IS NOT GOOD TO BE WISE IN OUR OWN OPINION.

In contrast , Elisha saw correctly: he also sees the other part of reality, another army, ( God’s ). And these soldiers are more numerous and stronger. Then Elisha can say to his servant, “Do not be afraid, for those who are with us are more numerous than they are” (2 Kings 6:16) .

But for his servant to perceive this other reality, Elisha prays, and then God opens his eyes: “The mountain was full of horses and chariots of fire around Elisha” (v17) : God protected them and they were surrounded by the presence of God.

But  does it take God’s intervention to see the invisible?

Here we can note that the servant then learned an important lesson: one should not depend solely on the material and visible appearance of things. God wants to reveal the spiritual dimension to us . 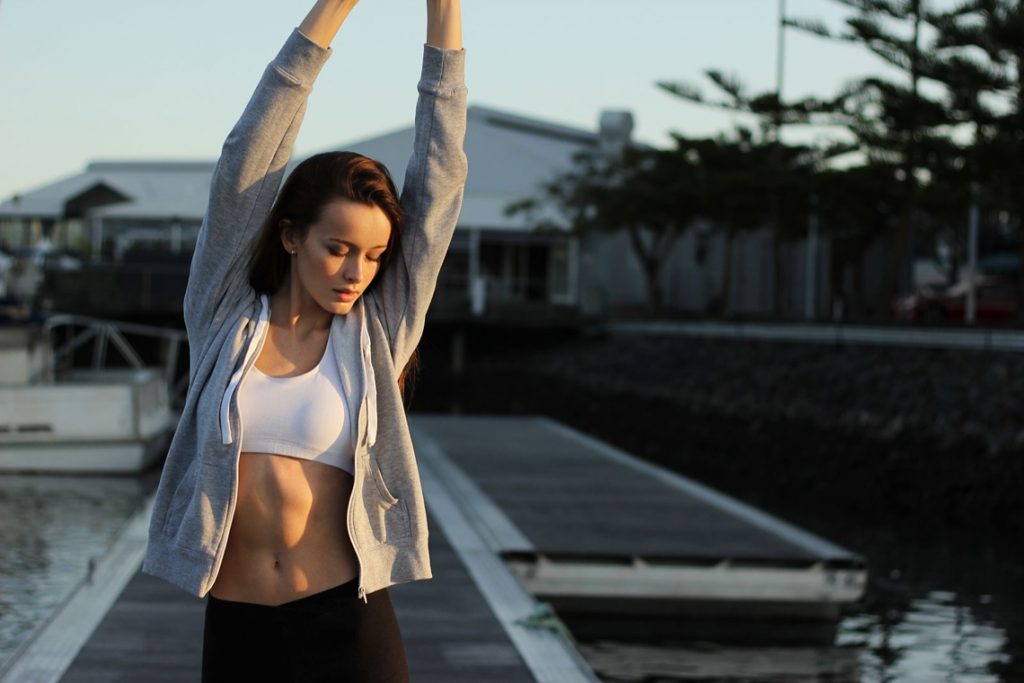 The other perspective of spiritual blindness

The Bible speaks from the point of view of faith; It allows us to see beyond physical reality (which is easily distorted because we see it through fear or pride).

The gaze of faith in God allows us to have a balanced and fair vision of global reality, and to face it in another way: not only with human capacities but also relying on those of God.

To experience this, we must not look only with the physical and psychic gaze, but with that of trust in Christ . The focus of situations and people then changes. The gaze of faith allows us to see with hope what seems desperate.

Blindness without this intervention of God

Like the Syrian army that wanders in search of the prophet (2 Kings 6: 8-11) and is subsequently struck by blindness and follows the voice of its enemy (v18-19), risking failure and death, our society very often lives in a crisis situation, bordering on catastrophe:

Do believers show this spiritual blindness?

The reality of all this is not a deceptive reality: it is dramatic and very real. Unfortunately, too easily, Christians are in our bubble.

We keep ourselves well sealed at home or with each other; somewhere we are also blinded.

The spiritual blindness is also that of the king of Israel when he sees that the Syrian army was under the command of Elisha, as if hypnotized: he is ready to kill them! Jump with both feet at the opportunity.

Like David’s servant, when they both crept up to Saul, surrounded by his soldiers, asleep: this is proof that it was God who made them fall into a deep sleep! But David refuses to take revenge (1 Samuel 26: 7-12).

The king of Israel was spiritually blinded by the prospect of his enemy being crushed; blind revenge (even in the name of apparent justice).

But what is the other approach, God’s, the one that He wants us to understand in order to give us a balanced, fair and triumphant vision?

God directs history and those who make it. The errors of the human being (either by the rulers of our world or by our responsibility at our small level) are so many stones in which they consume us. But, the Bible shows us that, despite everything, God is carrying out his plan .

The prophecies that are fulfilled as announced prove it; The Apocalypse shows us that history will be fulfilled as God has decided, taking into account human errors, but that it is not the  result of chance .

This certainty makes us less blind and allows us to have confidence in this God (Elohim) who is the Master of history, like that of those we love and who seem lost, or of ourselves who are going through trials.

The other reality, in addition to the dramatic situations that society goes through, is the fact that, if we turn to God, it is possible to find a true balance that allows us to have a correct vision. Which makes us wonder the following:

Elisha’s example demonstrates this: his gaze, in relation to Joram, the king of Israel, is a gaze of benevolence towards his enemies: “Make them serve bread and water.” Then let them return to their sovereign! “And it is added:” Since then, the Syrian troops ceased their incursions into the territory of Israel “(v22-23) . 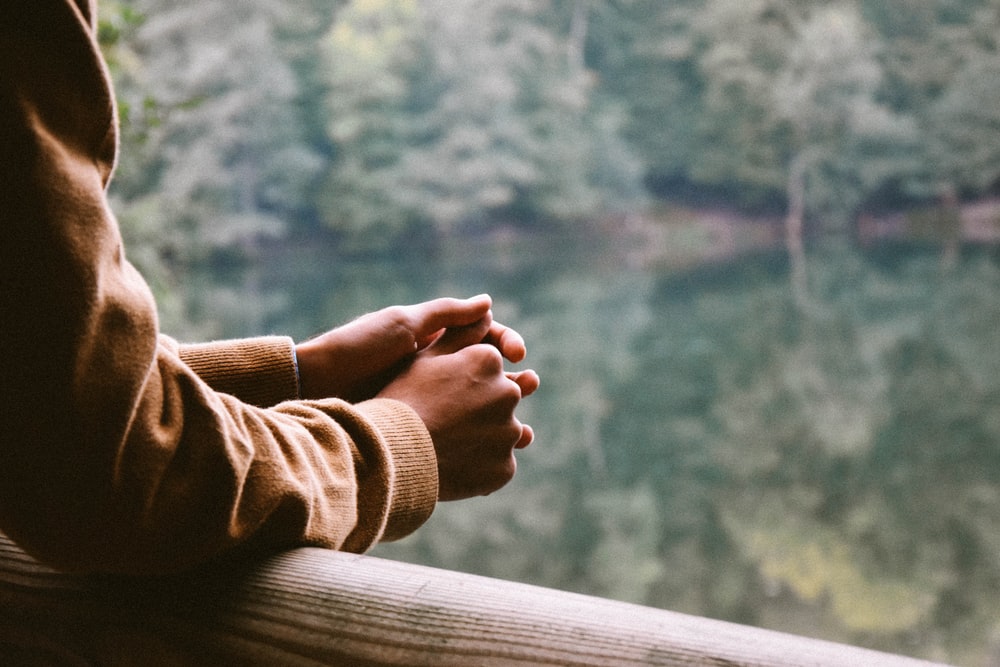 See also  3 Reasons Jesus Didn't Come Down From The Cross

Perspective of spiritual blindness with Jesus

Eight centuries later, the disciples have just seen their Master die on a cross; they are discouraged because their eyes are fixed on the empty cross. Everything is finished. That is a real but partial vision and that, then, distorts your understanding.

What Jesus wants is to reveal to his disciples that he has risen! And then they will experience this reality of  a real transformation of their being : they will discover  a new life, an  inner resurrection. They will no longer fear and will remain locked up, scared. They will no longer hesitate to testify to their certainty: Jesus (Yahshua) is alive!

This reality invisible to the physical and intelligent eyes is: “He who is born of God guards himself, and the evil one does not touch him” (1 John 5:18). 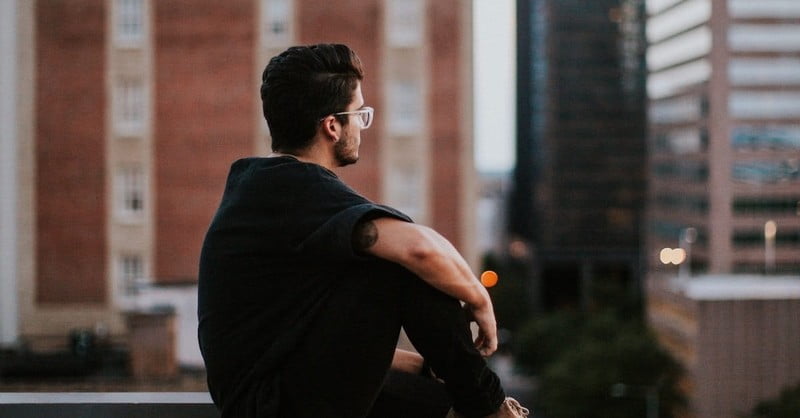 We have to be careful

A point of view that we think is God’s may only be our own point of view. Someone said: “God does not grant all our wishes but all his promises”; and our desires quickly turn, in our mind, into promises that we attribute to God.

Sometimes we illuminate ourselves with our own light: like Abraham who had received from God the promise of a son; but on Sarah’s advice he had a son from Hagar’s servant Sarah. Impatience pushes us to illuminate our future with our own flashlight; but the batteries are very low.

If our hope is in ourselves, then it is similar to that of Elisha’s servant who, in anguish, shouted: “What are we going to do…? “; it only leads to fear and crushing (v15). To have faith in God is to know his promises and hold on to them  saying:” Your will be done ; but I am sure that beyond visible reality, you can do anything. “

What kind of prayer does God answer?

22 success prayer for a job interview