John 3:16: God so loved the world that He gave His Son Meaning

What does John 3:16 mean: God so loved the world that He gave His Son

The sacrifice of Jesus is the means by which God delivers or saves humanity from sin and death. There was bloodshed from Jesus as a ransom price. This was something wonderful, God loved the world so much that he gave his only begotten son as a sacrifice so that all humanity could be saved.

Imagine nothing more than there is a kidnapping in your family, and instead of money they ask you to give your only child as a sacrifice so that your grandmother, cousin, mother, sister can be released, would you do it? I’m more than sure not, because God did it out of love for you.

See also  I am the bread of life meaning kjv

We often see posters and banners at sporting events that say “John 3:16”. Incorrectly, John 3:16 is often written as graffiti on difficult freeway crossings. Some “artists” have taken a turn and replaced it with “something else 3:16”. So what is the problem with John 3:16? Why is this verse so important?

No other verse in the Bible sums up so succinctly God’s relationship to humanity and the way of salvation. Some consider John 3:16 to be the “theme verse” for the entire Bible. John 3:16 talks about the love that God has for us and the scope of that love, so great that he sacrificed his only Son on our behalf.

John 3:16 teaches us that anyone who believes in Jesus Christ, the Son of God, will be saved. This verse gives us the glorious hope of eternal life in heaven through the love of God and the death of Jesus Christ. There is no more powerful way to deliver this message than to let this fragment of the bible speak for itself.

John 3:16 , ” For God so loved the world that he gave his only begotten Son , so that everyone who believes in him should not perish but have eternal life .” 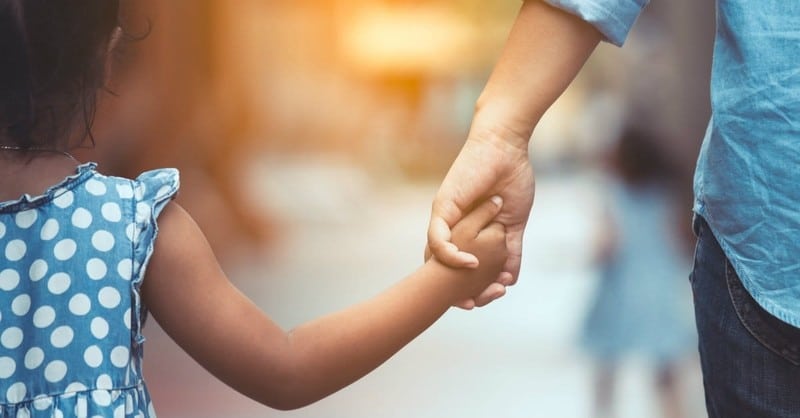 “God so loved the world” Why was this said?

We believe that God so loved the world of helpless sinners that he gave his only begotten Son, who, though tempted in every way like us, lived without sin in human flesh. That Son, Jesus Christ, died as a sacrifice for the sins of mankind. His life, because he is the creator of all humanity, is of greater value than the sum total of all human life.

Jesus Christ is the focal point of Christianity. Forgiveness of sin and the gift of eternal life are available only through His sacrifice. We can be reconciled to God through the sacrifice of the lamb (Jesus Christ).

Who is Jesus Christ and what was his sacrifice?

Christ is our Savior and the ultimate sacrifice for sin. Although divine, Jesus became a human being to suffer and die for the sins of mankind ( Philippians 2: 5-7; Hebrews 2: 9). As the Son of Man, he was human in the fullest sense, able to experience the trials of human life (Hebrews 4:15) to better empathize with us as our merciful High Priest ( Hebrews 2:17 ).

Christ as our Savior gave his life so that we can live. He endured a horrible death so that we can understand the magnitude of sin and the monumental significance of His sacrifice, which was made for every human being. He was “the Lamb of God who takes away the sin of the world” ( John 1:29; compare Revelation 5: 6; Revelation 5:12; Revelation 7:14; Revelation 12:11 ).

Sin, the transgression of God’s law (1 John 3: 4), is truly horrible. Disobedience to God’s law has brought untold pain and misery, as well as its ultimate penalty, death (Romans 6:23).

Jesus lived a perfect life and therefore did not deserve the excruciating agony he experienced or the death penalty inflicted on him. However, he was foreordained from the foundation of the world to suffer and die for the sins of mankind. Although Christ was accused of violating God’s law on more than one occasion, He, as the perfect sacrifice for sin, never violated God’s law.

What does it mean to accept the sacrifice of Christ?

We accept the sacrifice of Christ as essential to our salvation. As we model our lives after Him, we figuratively “take up our cross” and follow Him ( Luke 14:27 ), including a willingness to suffer and be persecuted as He sets the example (1 Peter 2: 19-23). Let us thank God the Father for having given His Son Jesus Christ to be that perfect sacrifice for all humanity (John 3:16; Romans 8:32).

Because God so loved the world that he gave his only son as a sacrifice, all sin is forgiven with repentance and acceptance of Christ as our savior. Forgiveness of sin requires the ultimate sacrifice: the death of Jesus Christ. His crucifixion nearly 2,000 years ago was essential to God’s plan of redemption and salvation.

Through his sacrifice, Jesus took the ultimate penalty of sin – death – upon himself, freeing us, if we accept his sacrifice in continual repentance, from death to be our final destination (Hebrews 2: 9; Hebrews 9:15).
And by giving himself in life to care for others and finally through the agonizing torment he experienced at the end, Jesus also endured the other consequences of sin: pain and suffering.

While God does not remove all suffering now, just as He has not yet removed death from us, He will sometimes alleviate some of it now if we faithfully trust Him, such as being physically healed of sickness through the anointing (James 5:13 – 16). And we have God’s promise that one day there will be no more death or suffering (1 Corinthians 15:54; Romans 8:18; Revelation 21: 4).

By understanding and accepting the sacrifice of Jesus Christ in repentance and faith, we can be sure that our sins are blotted out. We can move forward in our Christian life with confidence, knowing that through that sacrifice we can be reconciled to the Father.

As a result of this reconciliation, we can develop a relationship with our Father that provides hope and security for our future. We can experience healing today. We can also expect eternal life in the Kingdom of God as a gift of God’s grace because of this tremendous sacrifice that Jesus and the Father willingly gave for each of us.

Why is Jesus called the Lamb of God?

The designation “Lamb of God” is reflected in the time when Israel was liberated from ancient Egypt under the leadership of Moses. Before the 10th plague, the death of the firstborn, Israelite families were ordered to kill a lamb and brush some of its blood on the top and sides of their home doorframes so that it would not touch them.

Jesus had and has the same purpose on earth, “everyone who believes in him will not be lost” that is, he will not enter the second death but will have eternal life, which is life afterlife. Christ represents the lamb that God gave as proof of His great love.

See also  Philippians 1:21: To live is Christ to die Is to gain kjv meaning
Conclusion:
When getting to the background of the story of Jesus Christ, it is impossible not to realize that God loved the world so much and in such a way that He did something that none of us would be able to do for anyone, He gave His son, Jesus did not stop suffer for being God. This was not a theater, he became human and endured all those things that we deserved.

Jesus did not deserve to be there, that penalty should be paid by us, but the sin of humanity was and continues to be so great that an ordinary lamb was not enough, nor were any of us, a greater sacrifice was necessary and our Lord knew how to do it possible.

5 Ways to resist and overcome temptation

6 Effective ways to pray to God our Father