The scene of a valley of dry bones, resurrected before the mental eyes of the prophet Ezekiel (Ezekiel 37: 1-14), is one of the most enigmatic appearances experienced by this prophet, famous for his other unusual visions.

The vision begins when God puts Ezekiel in a valley full of bones and asks Ezekiel if they can come back to life, to which Ezekiel replies that only God knows (v.3). Then God tells Ezekiel to speak this prophecy about the bones.

The literal meaning of valley of dry bones

For a long time, the text was supposed to refer to a general resurrection, at some distant time, when men should awaken from the dead and re-enter their old physical bodies.

But the text carries its evidence that it does not refer to such a physical resurrection, but rather it is a prophetic vision, intended, to encourage the Jews in their present condition of distress, on earth.

Ezekiel, the prophet, was among the captive Jews, exiled in a foreign land, whose hopes of returning to their old home were rapidly fading.

The text expressly states that the Lord would bring them back to their land. Held in slavery, and their dead buried in a foreign land, they despaired to reach their former home in Judea.

They were thinking of themselves, of this world, and not of a general resurrection at some future point. Many of them, with the Sadducees, did not believe in any life after physical death.

Such a general physical resurrection, or return to the material body, never took place, nor will it occur. The physical body is made up of the material substances of the physical world, and it is adapted for use on the physical plane of life. And it cannot enter any other world.

The flesh may be on earth, but not in the kingdom of God. The death of the physical body is the end of man’s physical existence. And the material body decomposes and loses its organized form and identity.

The resurrection body is not the old revived dead body, but it is the spiritual body, the spirit body of man, an internal body, in which man was born, and which existed within his material body, while he lived on earth.

But natural death removes the external and physical body and allows man to live in his internal and spiritual body, which is made up of spiritual substance, and adapted to its life and uses in the spiritual world.

Natural-minded men, who do not think spiritually, but only in light of their natural senses, insist on interpreting everything according to natural appearances and from a natural-minded point of view.

However, even those who believe in a physical resurrection often have a general understanding that our text also refers to the internal and mental resurrection from the spiritual death of evil and sin, to the new life of regeneration and Justice. 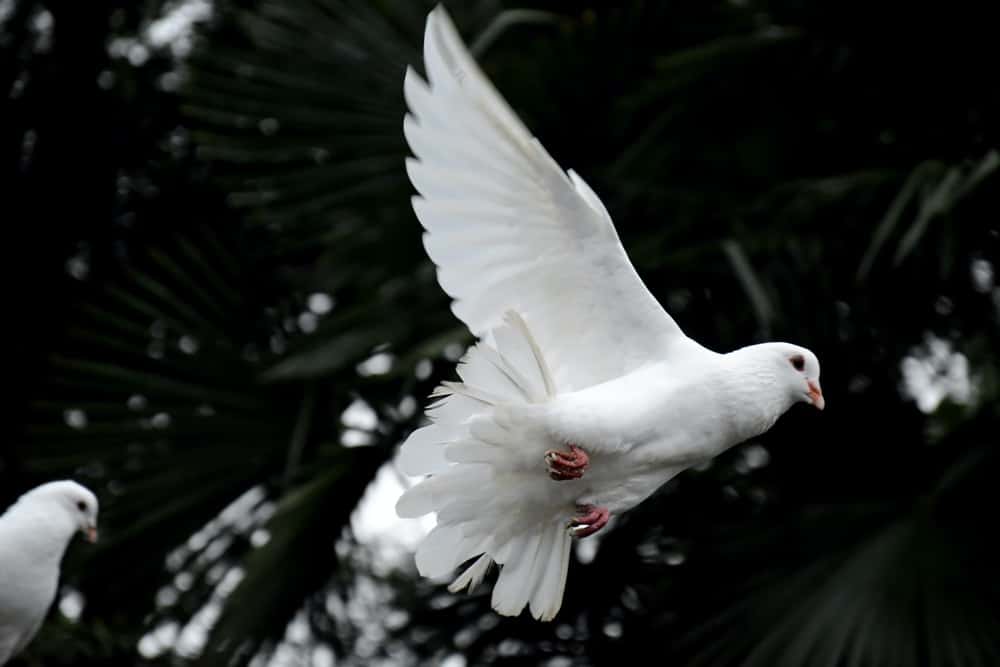 See also  Proverbs 17:17 A Friend Loves at All Times Meaning

The prophet was given a vision of a valley full of dry bones. The earth, in its form and its conditions, is a symbol of the mind of man.

Comparatively, the natural mind is like a low place, a valley, and the spiritual mind is high, like a mountain. Human life begins at its lowest level, its valley, and needs to be opened upwards and inwards, towards the higher things of the most advanced masculinity.

In the mental valley, our natural thinking sees things as they appear to the natural senses, but, at higher levels, things are seen as they are, in the light of spiritual truth.

Thus, in the progress of regeneration, our Lord constantly calls us: “Come, let us go up to the mountain of the Lord, and to the house of the God of Jacob.

Consistent and considerable work is required to climb from the valley to the top of the mountain. And constant climbing represents the constant effort of regenerating man to reach higher mental levels.

This escalation is done by rejecting and leaving behind the lowest forms of the senses, and adopting a clean and orderly life, in feeling, thought, and action.

In the physical body, the bones have the shortest life, compared to the other parts, especially the vital organs, the heart, the brain, the lungs, etc.

A bone cannot do anything in the way of action, but muscles and nerves act on it. And yet the bony framework offers a means by which the muscles can do their work.

So our intellectual life, itself, is cold and dead until it is warmed by the love of our heart and goes to work for it. In the beginning, we intellectually hold the truths of the church, as doctrines, that can be used, when our hearts need them, in our practical life.

But before they are put to use, the life in them, as held by our minds, is as it is in the bones, far removed from the centers of life. But, as our hearts use these doctrines, as we learn to love goodness and truth, and to practice them in our conduct-

So, representatively, these bones begin to live; they begin to clothe themselves with flesh and nerves, and cover themselves with skin, and thus become a complete mental body, ready for the uses of life.

In the prophet’s vision, the bones looked very dry, that is, very dead, far removed from life. And so, in the unregenerate mind, even the mere knowledge of the truth is very dead, because it is not intimately connected with any living principle.

The bones separated and dispersed, and did not even associate as a skeleton; representing the condition in the unregenerate mind, in which the truths are not associated and organized as a complete system, but are merely separate notions, not put into actual use.

We have seen young men and women who were brought up in Sunday Schools and instructed in their doctrines, and we have watched these young men bury their knowledge in the dust of sensual life, or scatter it, like dead bones, in the valley of low and selfish life, without any spiritual thought or noble aspiration.

See also  The just shall live by faith Meaning

Our Lord, who is life itself, can fill you with life, if you turn to Him, seeking life. And the way the Lord gives life to the bones of the dead doctrine is represented in our text. Build them into a complete body.

The application is general and individual. Divine Truth is brought to those people who are like dry bones, differently, to reach their minds and attract their attention.

The Lord brings the breath into our dead minds when He gives us an awareness of the spiritual quality of regenerated life, in which we can spiritually breathe the atmosphere of Divine Truth.

In Hebrew, the words for wind, breath, and spirit are derived from the same root. Breathing is a sign of life.

The meat here represents the good, which enters the will, or heart. Thus, while the nerves represent the intellectual part, the flesh represents the affective part of the mind. And these two are necessary for any spiritual life.

Putting meat on bones represents, therefore, rebuilding the spiritually dead man, reviving his heart, so that he can receive regenerated life.

When nerves and meat are provided for the body, it still needs to be covered by the skin, which has very important uses, to protect the whole body.

The skin is extremely sensitive to all kinds of impressions, hot or cold, danger or delight; while, at the same time, it acts as a cleanser for the body, eliminating accumulated impurities.

The skin, as the outer covering of the whole body, represents the external life of behavior, the practical actions of our daily life, in which all our internal principles are brought into action; and through which all our mental impurities can be recognized and rendered harmless upon being expelled.

“And the bones came together,” that is, the scattered ideas of doctrine, lying in memory, without cohesion or system, began to come together, into a general system of truth, encompassing all parts of the mind. The mind perceived that all things are related and associated.

There was no breath in the body until the Lord gave it; that is, even with good and true principles, we have no spiritual life in these things until we recognize that they are of our Lord, that they are the presence of the Lord in us; and that they are not inherent in ourselves, nor acquired by any power of our own.

A similar idea is conveyed by the fact that the holy city, New Jerusalem, will be built in a square shape; that is, with four sides.

Conclusion:
God says: “He who believes in me, even though he is dead, will live” (John 11:25) He will open the old graves of our dead hearts and raise our souls to spiritual life. And, in this, our Lord will fulfill, spiritually, the promise of the text, “O my people, I will open your graves, and I will cause you to come out of your graves and bring you to the land of Israel.”

10 Scriptures to go with the song because he lives

is manifestation a sin in the Bible