Why Jesus Is The Reason For The Season

Each year, this slogan is visible on every surface, from bumper stickers to church signs to greeting cards to sermons and T-shirts. These are people’s efforts to combat the secularism of Christmas and its superficiality, along with a similar catchphrase, “bring Christ Back to Christmas.”

These sayings are true, but do they have any truth?

A few weeks before, many countries, including Canada and the United States, celebrated another great holiday, Thanksgiving Day. Christians created this holiday to honor Creator God as the source of all their national blessings.

Both celebrations are known as the “holiday season,” Both claim to be rooted in honoring God or Jesus.

It’s true, however. But is Jesus really what’s the reason for this season?

It is worth taking a close look at Christmas and Thanksgiving.

He’s the reason, but he is losing ground.

Gratitude is essential for our personal and social well-being. It is proven to increase our psychological and physical health and strengthen relationships and increase empathy.

To whom should we show gratitude?

Lifeway research found that about two-thirds of respondents (63%) said they thanked God on Thanksgiving. Another way to put it, nearly 40 percent don’t thank God. Seven percent of Americans also say that they don’t thank God for anything they do.

These are the stats of a national day for giving thanks. What percentages are there for days when we are not grateful?

Abraham Lincoln, President of the United States, summoned Americans in 1863 to observe “the last Thursday of November as a day for giving thanks and praise to our benefactor Father Who dwells on High” and humbly acknowledged that “our deliverances, blessings, and all they have brought us are His.”

However, we aren’t the same. According to The Atlantic, November 2014, “In 1863 America was a different Christian country than it is now.”

Although “these secular rituals” may have as their goal gratitude, the purpose of appreciation isn’t clear. Who are people thanking if they aren’t thanking God?

Our lack of gratitude or misdirected gratitude will be revealed to us. The Bible tells the tragic consequences of those who refuse to acknowledge and thank God. “Even though they knew God, they glorified Him not as God and were not thankful, but became futile and his heart was darkened” (Romans 1:21 emphasis added).

Petronius, a Roman writer, is quoted saying that Petronius said simultaneously as Paul’s words: “Ingratitude, the daughter of pride.” The Bible warns us that pride is the root of all destruction and that the haughtiness of spirit is the cause for fall (Proverbs 16-18).

Is Jesus, and God the Father, the “reason” for Thanksgiving? Yes, He is! We should live every day with Psalms 107:8 in mind: “Praise God for His mercy, and His wonders to children of men!” 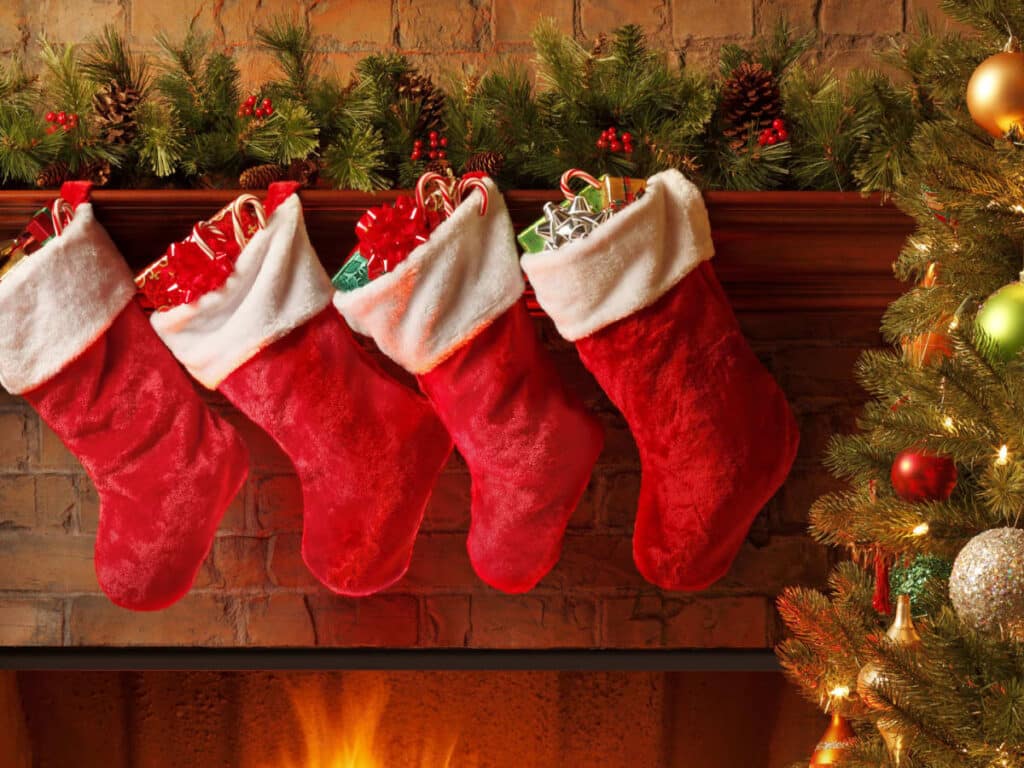 He was never the reason and will never be!

What’s the harm in lying to our children about Santa? Continue reading about the reasons for Christmas and how it magically became something like Jesus.

I don’t quote memes that are intended as humor or as reliable sources of information. But this one captures the essence of the problem – the hypocrisy at Christmas as a Christian holiday.

It is easier than finding funny memes to confirm the origins of Christmas. Britannica.com, for example, explains that “none of the modern Christmas customs have their origins in theological and liturgical statements” and that many of them are pretty recent.

The Bible can endorse no aspect of Christmas celebrations. Almost all their Christmas traditions, including mistletoe and gift exchanges, trees, Santa Claus, and Christmas carols, were borrowed from pagan worshiping false gods.

The Bible can endorse no aspect of Christmas celebrations. Almost all their traditions, including mistletoe and gift exchanges, trees, Santa Claus, wreaths, and Christmas carols, were borrowed from pagan worshipping false gods.

It’s simple, the truth is (sorry to use another meme), “heathens” are the reason for this season.

God specifically told Israel “… not to ask about their gods. He said: As these nations served their gods I will also serve them. You will not do this to the Lord your God” (Deuteronomy 12: 30-31).

Is God changing your mind? Is that correct? Jesus quoted Isaiah and said: “… This person honors me with its lips, but their hearts remain far from me. They worship me in vain, teaching the commandments of man doctrines” (Mark 7: 6-8).

It’s impossible to “bring Christ back into Christmas” because He wasn’t a part of it.

Seasons that have their reasons

The Bible does show that Jesus, his apostles, and the early Church worshipped God at certain times. These holy days and festivals were abandoned by corrupt church leaders several centuries later. They lost the knowledge of God’s plan for salvation by doing this.

Do you find Christmas’s superficiality, deceit, and hypocrisy annoying? Do you want to know more about the festivals Jesus observed and their meaning? Download our brochure for free: God’s Holy Holidays. He has a plan. You will find amazing truths about God and Jesus in the Bible.

Why do I need the Holy Spirit

All Things Are Possible to Him Who Believes