What are the things God hates and why does God hate them?
God hates sin as a whole. There is no classification for a small sin or a great sin. However, God is focusing on 7 things in particular. Either He mentions them quite often in the Bible, or He warns us much more insistently. Discover the 7 things God hates in The Bible on this article.

Jesus Christ mentions the word ‘hypocrite’ fourteen times in the Gospel according to Matthew to designate certain people who misinterpret the Word of God. Often, these categories of individuals know very well what to do, but they choose to deviate from the Truth for futile reasons, such as seeking glory in the eyes of others for example. Sometimes they neglect the most important things in the practice of God’s will and focus on the details, though not trivial.

Matthew, 6: 2: “When therefore you give alms, do not sound the trumpet before you, as the hypocrites do in the synagogues and in the streets, that you may be glorified by men. I tell you the truth, they receive their reward. “

Matthew 23:23 (Louis Second): “  Woe to you, scribes and Pharisees, hypocrites! Because you pay the tithe of the mint, the dill, and the cumin, and you leave what is more important in the law, the justice, the mercy, and the faithfulness: this is what had to be practiced, without neglecting other things.”

An adulterer is someone who obviously or indirectly violates the oath of marital fidelity. The Lord Jesus Christ said in Matthew 5:28 (Louis Second) that “  whoever looks at a woman to lust after her has already committed adultery with her in his heart. “And also in Matthew 5:32  that”  whoever divorces his wife, except by reason of infidelity, exposes her to become adultery, and whoever marries a divorced woman commits adultery. ” 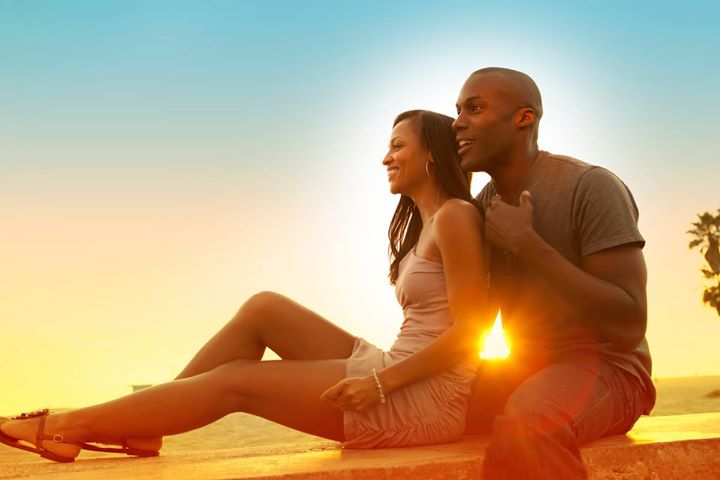 God also hates divorce because He created marriage to represent His Love for humans: an eternal commitment. Thus, the marriage must be honored for life by the couple. The only condition for the release of both spouses is the death of only one of the spouses. In the present century, we often hear the expression “ amicable divorce ” or ”divorce by conciliation ”.. Attention my friends! This is not from God. God doesn’t go back on His words about it. These are the ungodly men who are at the origin of these disturbances since they easily constitute tools in the hands of satan to obstruct the plan of God. It must be recognized that divorce is never done without leaving a wound in the body and soul of those concerned, even if it is supposed to be mutually decided.

Malachi 2:16: ”  For I hate repudiation, says the Lord God of Israel, and he that covers his garment with violence, says the Lord of hosts. Take heed therefore in your mind, And do not be unfaithful!”

This goes beyond the lies of “a lying tongue.” This represents someone who takes an oath and then intentionally spreads lies and misinformation. This can be someone on the witness stand of a courtroom, but it can also include those who misrepresent God.

You’ll never find a sinless pastor but stay away from Bible teachers and pastors who don’t have accountability in their lives and who misrepresent the Gospel in and out of the pulpit. And when you give your word, keep it true. 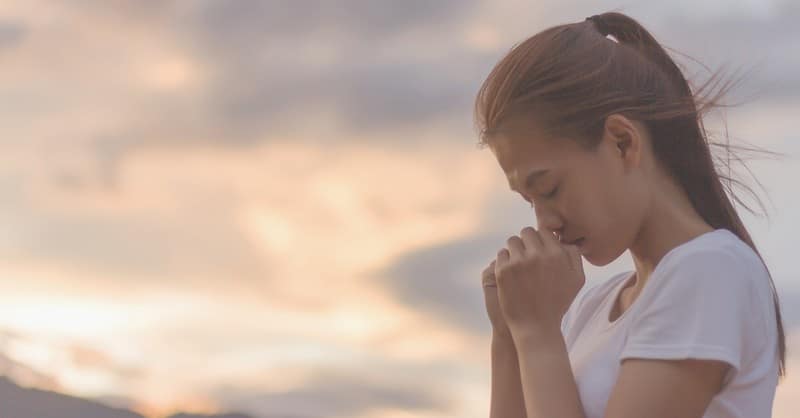 In general, any form of divinity other than the living God, to whom man offers special worship, and from whom he hopes to receive some blessing in return, is called an idol. The idol can take the form of a statue, a tree, a star, a spirit, as well as any kind of fetish.

Moreover, the Bible also considers as an idol, any person and everything that occupies the first place in the heart of man, such as his family, his husband or wife, his children, his money, his wealth, his power, his social rank, his plans for material success, etc. The most widespread idol in our century is money and wealth.

1 Timothy 6:10 (Louis Second): ”  For the love of money is the root of all evil; and some, being possessed, have strayed from the faith and have thrown themselves into many torments. ”

A blasphemy is any word and any thought which openly slanders the living God, the Lord Jesus Christ, and the Holy Spirit. A blasphemer is someone who denies the existence of these three persons of the Holy Trinity or the works and words that emanate from them. However, we too can stir up blasphemy in the hearts of others when we claim to be a disciple of Jesus Christ and at the same time, our life in no way reflects the truthfulness of the Word of God.

Romans 2:24 (Louis Second): ”  For the name of God is because of you blasphemed among the Gentiles, as it is written. ”

In short, it seems important to us to consider these five points to which God carefully took the time to warn us with insistence. We all know He never does anything for no specific reason. If you have ever fallen into one of these five forms of sin that God hates, you should ask His forgiveness and resolve not to do it again in the future. Also be careful not to fall into satan’s trap and be induced to blaspheme against the Holy Spirit, because God will never again grant forgiveness for this sin.

That’s fairly self-explanatory. Murder is wrong and punishable. There’s an ongoing debate that says pro-life automatically equals anti-death penalty. I can’t jump to that conclusion. The idea presented is that the life of the murderer is considered to be “precious life” once it’s on trial.

I would agree that the soul of the murderer is precious and that God loves him and Jesus died for him. While I certainly do not rejoice in capital punishment, I’m not ready to establish my own standard against God’s word that teaches a murderer is to be punished. The intentional, violent spilling of innocent blood is an abomination to God. These are His words, not mine. And God hates the hands that shed innocent blood. 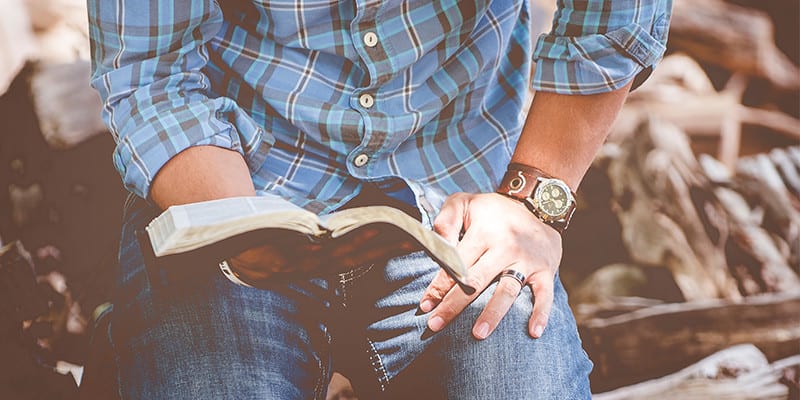 Proverbs 6:16-19
There are six things which the Lord hates, Yes, seven which are an abomination to Him:
Haughty eyes, a lying tongue, And hands that shed innocent blood,
A heart that devises wicked plans, Feet that run rapidly to evil, A false witness who utters lies,
And one who spreads strife among brothers.

Proverbs 11:1
A false balance is an abomination to the Lord, But a just weight is His delight.

Revelation 2:6
Yet this you do have, that you hate the deeds of the Nicolaitans, which I also hate.

Deuteronomy 16:22
You shall not set up for yourself a sacred pillar which the Lord your God hates.

Deuteronomy 23:18
You shall not bring the hire of a harlot or the wages of a dog into the house of the Lord your God for any votive offering, for both of these are an abomination to the Lord your God.

Deuteronomy 25:16
For everyone who does these things, everyone who acts unjustly is an abomination to the Lord your God.

Leviticus 11:10
But whatever is in the seas and in the rivers that does not have fins and scales among all the teeming life of the water, and among all the living creatures that are in the water, they are detestable things to you,

Leviticus 11:11
and they shall be abhorrent to you; you may not eat of their flesh, and their carcasses you shall detest.

Leviticus 11:12
Whatever in the water does not have fins and scales is abhorrent to you.

Leviticus 11:20
‘All the winged insects that walk on all fours are detestable to you.

Leviticus 11:23
But all other winged insects which are four-footed are detestable to you.

Leviticus 11:41
Now every swarming thing that swarms on the earth is detestable, not to be eaten.

Isaiah 1:13-14
“Bring your worthless offerings no longer, Incense is an abomination to Me.
New moon and sabbath, the calling of assemblies— I cannot endure iniquity and the solemn assembly.
“I hate your new moon festivals and your appointed feasts, They have become a burden to Me;
I am weary of bearing them.

Deuteronomy 12:31
You shall not behave thus toward the Lord your God, for every abominable act which the Lord hates they have done for their gods; for they even burn their sons and daughters in the fire to their gods.

Amos 6:8
The Lord God has sworn by Himself, the Lord God of hosts has declared:
“I loathe the arrogance of Jacob, And detest his citadels;
Therefore I will deliver up the city and all it contains.”

Zechariah 8:17
Also let none of you devise evil in your heart against another, and do not love perjury; for all these are what I hate,’ declares the Lord.”

Amos 5:21
“I hate, I reject your festivals, Nor do I delight in your solemn assemblies.

Malachi 2:16
For I hate divorce,” says the Lord, the God of Israel, “and him who covers his garment with wrong,” says the Lord of hosts. “So take heed to your spirit, that you do not deal treacherously.”

If God doesn’t like these passages (which He does), then it is obvious that he hates them! It is only natural that God loves the opposite. Also, God doesn’t love haughty eyes. He loves humble eyes. What does God love if he hates lying tongues? Integrity is a tongue.
God doesn’t love those who shed innocent blood. He loves those who protect the innocent. He hates those who devise wicked schemes but he loves those who work towards virtue.
How much does God love feet that are oriented towards goodness if he hates feet that run to evil? He must love true witnesses if he hates false witnesses! He must hate those who cause discord. How much more should he love those who promote peace and unity? Let us strive to live out the love of God!

Hope you find these 7 things God hates in The Bible helpful, kindly share with friends and Family.

Why do I need the Holy Spirit

No Comments
Bible Study, Saved by grace 1 week ago

My grace is sufficient; 2 Corinthians 12:9 Meaning