The Truth About Resurrection Sunday

The Truth About Resurrection Sunday

For most Christians the doctrine that Jesus Christ was resurrected on a Sunday is of the utmost importance. This belief has effects on the other fundamental beliefs of Christians, such as what the true Sabbath is.

The Christian “holy week” is based on the fact that Christ supposedly entered Jerusalem in triumph on Palm Sunday , when that week begins. On Thursday night, Christ supposedly had the last supper with the apostles. On Friday He supposedly died. On Sunday Christ supposedly rose from the dead, making this Sunday the most important day of the year — after Christmas Day — for traditional Christianity.

Not only is Easter Sunday too important in and of itself for traditional Christians, but this same argument was used to change the Bible’s Sabbath — Saturday — to Sunday. They changed the biblical Easter for Resurrection Sunday

Let’s talk first about the origin of this Easter Sunday. The story goes that Victor, bishop of Rome began to push for the biblical Easter to be changed to Easter Sunday. On biblical Easter, believers commemorated Christ’s death on Nisan 14 of the Hebrew calendar, but it seemed more logical to Victor to celebrate — rather than Easter — Christ’s resurrection, supposedly on a Sunday. This decision of the bishop of Rome had its opponents, but finally Victor prevailed with his idea and at the Council of Nicaea in 325, it was decided to change the biblical Easter to Resurrection Sunday, despite the fact that the Bible in no place says let’s celebrate the resurrection of Christ.

“It was decreed that it was unworthy to observe the most sacred festival (the biblical Passover on the 14th day of Nisan of the Hebrew calendar) according to the custom of the Jews; for having his hands stained with a heinous crime. Those bloodstained men were, unsurprisingly, mentally blind… let there be nothing in common between you and the obnoxious mob of Jews. We have received from the Savior another way … that by mutual agreement we take this path … and that we let go of that unpleasant complicity. Because it is grotesque for them to be able to boast that we would be unable to keep these observances without their instruction ”(Eusebius, Life of Constantine , 3.18.2-3). 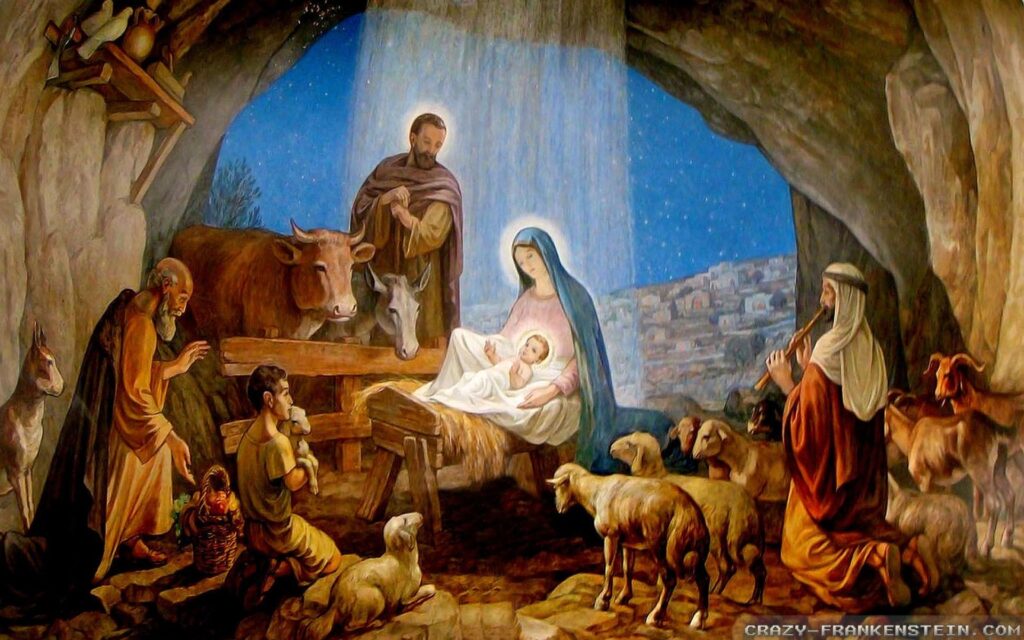 The change from Saturday to Sunday

Now, based on the false premise – as we will prove later in this article – that Christ died on a Friday and rose again on a Sunday, the Council of Laodicea of ​​the year 365 in its Canon 29 says: “Christians should not Judaize by resting the Saturday, but should work on that day, honoring instead the Lord’s day and, if they can, rest on it as Christians, but if anyone is found Judaizing, let him be accursed (accursed) by Christ. 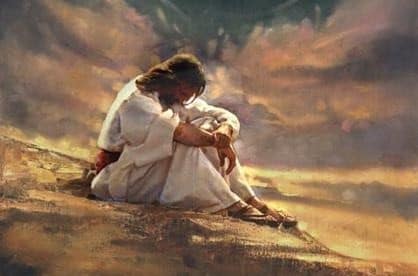 Jesus Christ did not rise on a Sunday

First of all, Jesus Christ did not enter Jerusalem in triumph on a Sunday. In fact the Bible does not say on what day of the week this happened. Nor did Jesus eat the Last Supper with the apostles on a Thursday night. Nor did Christ die on a Friday, much less did He rise again on a Sunday. Resurrection Sunday is just a human conclusion by the Council of Nicea in support of the pressure from the bishop of Rome at the time.

When the Pharisees and Sadducees asked Jesus for a sign of their messiahship, he himself answered them: “The wicked and adulterous generation demands a sign; but a sign will not be given to him, but the sign of the prophet Jonah. For as Jonah was in the belly of the great fish three days and three nights, so will the Son of Man be in the heart of the earth three days and three nights ”(Matthew 12: 38-40).

The only sign of the messiahship of Jesus Christ is that He would be in the tomb for exactly three days and three nights. It cannot be otherwise according to the Word of God.

If supposedly Jesus was resurrected on Sunday and his body had to be in the tomb for three days and three nights, by counting in reverse, it is impossible for us to reach Friday as the day of Jesus’ death and burial.

According to Catholic tradition, Jesus rose from the dead on Sunday morning. If we listen to the only sign of his messiahship, Jesus must have died and been buried on Thursday morning. But the biblical reality is that Jesus died and was buried on a Wednesday.

Let’s see what the Bible tells us: “Know, then, and understand, that from the departure of the order to restore and build Jerusalem until Messiah the Prince, there will be seven weeks, and sixty-two weeks; the square and the wall will be rebuilt in times of distress. And after the sixty-two weeks the Messiah will be killed, but not by himself; and the people of a prince who is to come will destroy the city and the sanctuary; and its end will be with flood, and until the end of the war the devastations will last. And for another week he will confirm the pact with many; in the middle of the week he will stop the sacrifice and the offering ” (Daniel 9: 25-27).

Jesus was to die in the middle of the week to stop all sacrifices and offerings that were carried out under the Old Covenant (Hebrews 9: 11-14). Jesus Christ died and was buried on a Wednesday.

On the other hand, the Bible says that Jesus died on Passover, a Nissan 14 on the Hebrew calendar. Jesus died in AD 31 and that year Passover was on a Wednesday.

Jesus Christ rose on a Saturday

The only day of the week that agrees with the Bible and with the evidence for Jesus’ death and burial is Wednesday. On Tuesday, after sunset, Jesus took Passover with his disciples. On Wednesday, Jesus died at about three in the afternoon and then a little before sunset that day, the body of Jesus was placed in the tomb, where he spent three days and three nights to resurrect one Saturday at the end of the day — just before sunset. We must remember that days in the Bible are counted from dusk to dusk (Leviticus 23:32).

When the women went to the tomb to see Jesus early Sunday morning, He had already risen (Luke 24: 1-6). The Bible does not say that Jesus was resurrected on Sunday morning. In fact, following the account, Jesus had risen on Saturday a little before sunset, but the women realized the absence of Jesus’ body until Sunday morning.

We can then clearly say that Christ was not resurrected on Sunday. As a consequence, there is also no biblical basis for changing the Sabbath from Saturday to Sunday. The conclusion of the Council of Laodicea to change the Sabbath was only by order of the pope on duty with the support of the Roman emperor on duty.

What is the Lord’s day?

A supposed second foundation for the Catholic Church to change Saturday to Sunday as the Sabbath is found in Revelation 1:10, where it says: “I was in the Spirit on the Lord’s day, and I heard behind me a great voice. like a trumpet ”.

In this scripture the “Lord’s day” is supposedly Sunday, but here the apostle John is not saying “I was in the Spirit on Sunday…” The word “Sunday” does not appear at all in the entire book of Revelation. The Catholic Church wanted to assume that “Lord’s Day” and “Sunday” are the same thing, but this is not what the Bible says.

When the Bible speaks of the “day of the Lord” it refers to the time in which God will intervene directly in the affairs of this world to destroy this society in which we live and later establish the kingdom of God on Earth (2 Peter 3:10 -eleven).

Clearly God’s Sabbath is Saturday, the seventh day of the week. Notice what the Bible says in Exodus 20: 8-11, “Remember the Sabbath day to keep it holy. Six days you will work, and you will do all your work; but the seventh day is rest for the Eternal your God; do not do any work on it, you, your son, or your daughter, or your servant, or your maid, or your beast, or your foreigner who is within your gates. For in six days the Lord made heaven and earth, the sea, and all that is in them, and rested on the seventh day; therefore Jehovah blessed the Sabbath day and made it holy. ” In other versions of the Bible, including Catholic versions, the Sabbath is translated as Saturday.

What will we do?

Well, these are only human conclusions. But are we really interested in knowing what God thinks? Let’s see what He says in Mark 7: 6-9: “The Pharisees and the scribes therefore asked him: Why don’t your disciples walk according to the tradition of the elders, but eat bread with unclean hands? He answered and said to them: Hypocrites, Isaiah prophesied well of you, as it is written: This people honors me with their lips, but their heart is far from me. For in vain do they worship me, teaching for doctrines the commandments of men. Because leaving the commandment of God, you cling to the tradition of men: the washing of jugs and drinking glasses; and you do many other similar things. He also told them: Well, you invalidate the commandment of God to keep your tradition ”.

40 Bible verses about love of God

No Comments
Bible Study 4 weeks ago

did Jesus die on Good Friday? Was He resurrected on Easter Sunday?

Bible verses about courage and confidence

4 Ways to stand firm in hardship