One day our lives will end! One day, each person on this Earth will be just a memory to those who live on this planet.
When the time comes to leave this world, what kind of legacy will you leave behind? When people remember the kind of person you were, will they remember you as a soldier of Jesus Christ?
Would you like to know what are the qualities of a good soldier of Jesus Christ?

Jesus was a good soldier! Even as we honor our war dead and our risen Warrior, there is another great group of soldiers that come to mind today.

The time to think about these things is now. Once you are gone, it will be too late forever! When Paul approached the end of his life, he languished in a Roman prison.

See also  is cursing a sin? Discover what the bible says

What are the qualities of a good soldier of Jesus Christ

With the initial thought, let’s see in light of God’s word what it means to be a good soldier of Jesus Christ and how you can become one:

A good soldier of Jesus Christ is a follower

It implies the range :

He is faithful  can be seen in: 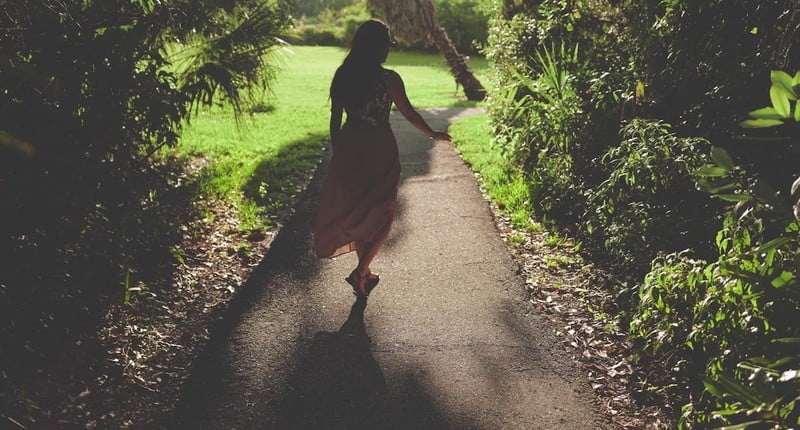 Who is the first thing in your life?

It is familiar  there are some things that the good soldier of Jesus Christ knows. You are familiar with:

With the sound of the voice of the commanders:

With the ability to use your weapons:

With the Enemy strategy:

With the shadows of his friends:

He has a resolution:

He has a reason

He has his reward

What will be waiting for you when you meet Jesus?

How to be a soldier of Jesus Christ

Now, let’s look at other points that are important to become a good soldier of Jesus Christ. In this part of the study we will draw on Galatians 5:22 . Without further ado, we show you the following qualities that you must possess if you want to belong to the army of Jesus:

1.  A good soldier of Jesus Christ has Self-control.

Among the qualities required of army soldiers is this:

Reading these mentions leads one to think that it is a beautiful theory because the innumerable conflicts in the world reveal atrocities, terrible excesses. There is even talk of rape as a weapon of war.

In some cases, prisoners are far from benefiting from preferential treatment .

For the soldier of Jesus Christ, it is essential that these characteristics do not remain in the stage of beautiful evangelical concepts. The disciple is animated by a deep desire and a real determination to put into practice the teachings of the divine Master. Luke 11:28 .

Virtues of the soldier of Jesus Christ

According to God, spankings are part of the range of educational means. It is not about violence or poorly controlled anger that would result in harmful injury to the child. These are not traumatic blows.

The problem lies in imbalances and excesses. Before, in many families education was too harsh and rigid with inappropriate corporal punishment.

Today, laxity, lack of rigor, carelessness, ” light ” education are widespread. Some countries have even passed laws prohibiting spanking. Christian parents should focus on biblical guidance when raising their children.

Another part of self control

Self-control is, in a sense, the control of physical strength. Another aspect must also be taken into account: the impact of language .

Misuse of it can destroy, devastate, hurt. People may never have hit someone with their fists, but they have been violent with words.

Santiago clarified that he is full of deadly poison when under the influence of bad human nature. James 3: 8 . It is possible to traumatize a person with violent words. Jer 18:18 .

A believer can sing with great enthusiasm during worship, formulate beautiful prayers, impress with his praises, and sadly indulge in criticism, slander, and slander against those around him. James 3: 9-12 .

Temperance is the art of taming and channeling words and attitudes. Thus, the soldier of Jesus Christ able to control his words can be an instrument of blessing for others.

You are invited to become aware of the immense benefit of gracious, kind words. At a time when medicine cabinets are full of medicines and when the individual has the reflection of treatments to alleviate his aches and pains, biblical teaching must be carefully considered.

Men and women of God communicate healing, restoration, relief through their words. Pro12: 18 . The soul is often affected by real suffering such as:

Many encounter these realities. To lift up the afflicted, the frustrated, the disappointed, God seeks disciples who heal and bring true relief through appropriate words.

Beneficial words are sweet to those who suffer. The Bible compares them to a honeycomb. Pro16: 24 . They have a blessed effect on the inner being. However, this verse goes further.

Point out that encouraging and constructive words produce a positive result in the body. Thus, this passage allows us to reach the following conclusion:

It is, therefore, a psychosomatic reality. In fact, when morale rises, the body is more easily led down the path of restoration. On the contrary, the body sometimes remains a prisoner of certain diseases because the soul and spirit are very disturbed.

Of course, all of this must be considered in conjunction with the wonderful action of the Holy Spirit that comes into play when the recommendations of Scripture are put into practice.

The church as another medium

A healthy church is characterized by Christians who bless and avoid cursing. Several questions should be asked:

Someone may say: ” But it is not in my nature to tell people that I appreciate them, they have not educated me to do that .” It is important, then, to allow ourselves to be transformed by the Holy Spirit to increasingly assume the nature of Christ.

Therefore, to please the Lord, it is a matter of refraining from malicious, derogatory, hurtful words. Control of the lips is a fundamental quality. However, the divine requirements go further. It is appropriate to be a source of life with words that produce blessing, restoration, and healing. Ephesians 4:29. 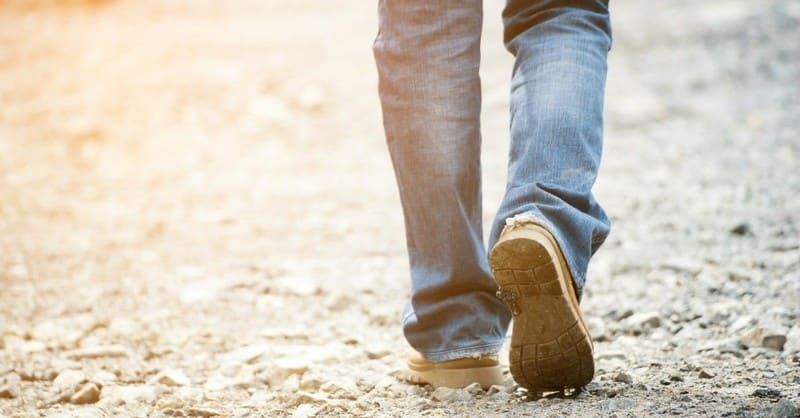 2.  A good soldier of Jesus Christ has respect.

Another quality of the military is respect for the adversary. To make the spiritual analogy, it should be noted that the soldier of Jesus Christ avoids making a mistake about his enemy and shows deference to those around him.

In fact, a believer can spend many years of his existence making a dramatic mistake: becoming the wrong opponent.

The human being has in front of him satan who seeks to turn the hearts away from the Lord, keep them in disbelief, present multiple temptations to lead to sin, destroy lives, seduce, accuse.

He is the real adversary. Some oppose the Gospel and Christians. 2 Timothy 4:14 . However, it is essential that the disciple avoid fighting with others.

Ephesians 6:12 . It is better to distinguish behind conflicts the one who exploits the weaknesses of human nature to amplify disagreements and aggravate disputes.

Spiritual maturity leads us to understand that the devil sows discord and discord in human relationships. In  Matthew 13: 24-30 , the word ” tares ” has the Greek root of the word ” discord .”

Acting as a Soldier of Jesus Christ in Respect

Therefore, the husband should avoid considering his wife as his enemy, the wife as her husband as his enemy, parents and children as his adversaries, and vice versa.

Believers of a different opinion should not be seen as opponents. Whoever has a divergent vision should not seek to defend it at the cost of a destructive struggle for fraternal communion.

At the end of his journey, Paul claimed to have fought the good fight. 2 Timothy 4: 7 . He carefully avoided provoking and sustaining fights and conflicts. He chose not to waste time and energy on pointless and pointless discussions. 2 Timothy 2: 23-24 . If there is a good fight, there is a bad one. Diotrephes got caught. 3 John 9:10 . Alexander the blacksmith too. 2 Timothy 4:14 .

Since all Christians are different, there can be many points of disagreement. When mismanaged, they lead to conflict. Within the framework of the life of the assembly, the sensibilities are different in terms of the musical style, the choice of songs, the vision of the children, the choice of the colors of the rooms of the future place of worship …

Pablo and Barnabas had a dispute over Marcos. Acts 15: 36-41 . The first did not want to take the one who had abandoned them on his previous missionary trip.

The second chose to take on the challenge of giving a new chance to a Christian who has encountered failure. We can ask ourselves the question:

Which was right? Definitely both! Pablo’s position is understandable insofar as it is respectable to avoid soliciting people who might fail again.

But, fortunately, Bernabé agreed to take risks by allowing Marco to return to his mission because this company was crowned with success. In fact, Paul later recognized the usefulness of whoever wrote the Second Gospel. 2 Timothy 4:11 . 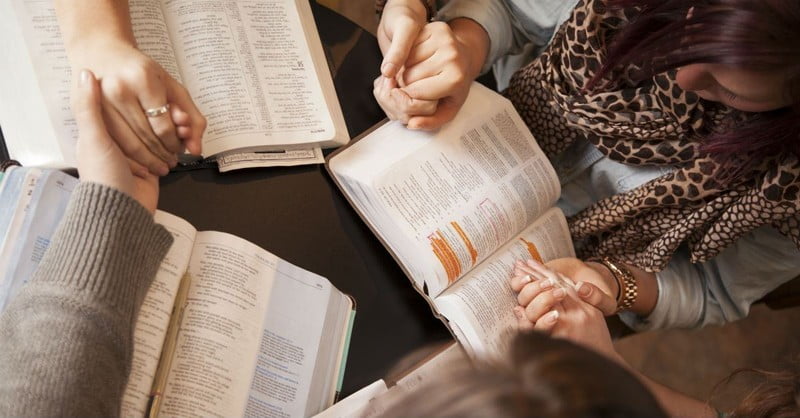 Regardless of this reflection, it is worth noting the intelligent and spiritual management of this divergence. Their view being different, the 2 apostles have certainly parted ways.

But they did not criticize or slander each other. The biblical writings do not mention in any place an inappropriate attitude of the 2 protagonists. Paul did not discredit Barnabas by condemning his vision.

Barnabas did not reveal their divergence. They had distant sensibilities on one point, but they agreed on the essentials: saving people. They focused on this fundamental aspect and fought the good fight.

What is the responsibility of the soldier of Jesus Christ

Soldiers of Jesus Christ have the responsibility to seek the priority in the eyes of the Lord: the growth of the church in quality and quantity. Satisfactory quality is achieved when disciples favor the following:

All these aspects are essential. Numerical growth is provided by the Holy Spirit who blesses the testimony of Christians. Acts 9:31 .

Give up defending a position

In certain circumstances, the good fight consists in giving up defending a position, a project, an orientation to promote God’s work and peace.

Paul denounced the attitude of some believers in Corinth who went to trial to support his cause. They got the wrong opponent. He fought a bad fight. According to the apostle, they should have given up their right to glorify the Lord and avoid fratricidal conflicts. 1 Corinthians 6: 1-8 .

Would you classify yourself as a good soldier of Jesus Christ? You probably recognize areas where you could be a better soldier. If so, we challenge you to come to the Lord right now and let Him do things the way they should be. If you’ve never joined the Lord’s army, today would be a good time to make it happen. When you leave the scene, will it be said that you were a good soldier of the Lord? Can be! But that is up to you!

Psalm 23- The LORD is my shepherd; I shall not want meaning and verse

Why Jesus Is The Reason For The Season

can you lose your salvation As A Christian?