pride in the bible: 70 Best scriptures on pride

Pride is an enemy of destiny, a person with great potentials can be limited in life because of certain factors.

These limiting factors are the enemies
of distinction in life and destiny.

There are many people who are born with great potentials but plagued with limitations in life and destiny because of these enemies of destiny.

it is very important to define these enemies of distinction because what is not defined cannot be dealt with; and what is not dealt with can rob one of
one’s destiny on earth and ultimately one’s eternity with God.

Therefore, in order to fulfil destiny, one
must pay close attention to these enemies in dealing with them.

One of these limiting enemies of distinction and destiny is Pride. 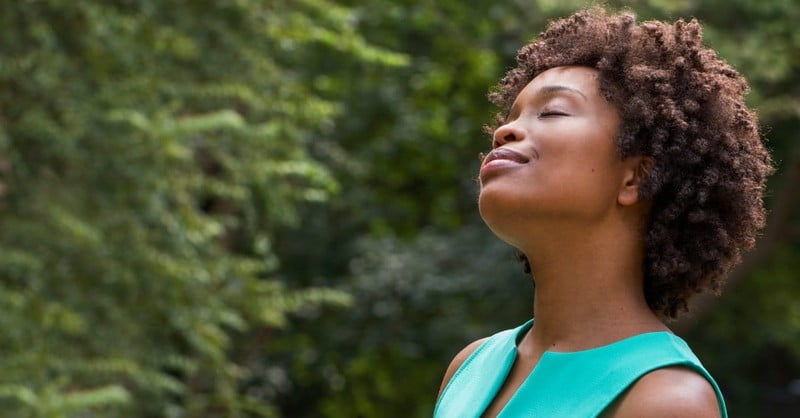 We saw several references of pride in the bible and we’ve compiled some of the bible verses about pride on this post for more enlightenment.

Pride in the bible

Discover 70 amazing scriptures on pride below.

Proverbs 11:2
When pride comes, then comes disgrace, but with the humble is wisdom.

Proverbs 16:18
Pride goes before destruction, and a haughty spirit before a fall.

Proverbs 29:23
One’s pride will bring him low, but he who is lowly in spirit will obtain honor.

Proverbs 8:13
The fear of the Lord is hatred of evil. Pride and arrogance and the way of evil and perverted speech I hate.

James 4:6
But he gives more grace. Therefore it says, “God opposes the proud, but gives grace to the humble.”

1 Chronicles 16:11
Seek the Lord and his strength; seek his presence continually!

1 Corinthians 10:31
So, whether you eat or drink, or whatever you do, do all to the glory of God.

1 Corinthians 13:4
Love is patient and kind; love does not envy or boast; it is not arrogant.

1 Corinthians 4:6
I have applied all these things to myself and Apollos for your benefit, brothers, that you may learn by us not to go beyond what is written, that none of you may be puffed up in favor of one against another.

1 Peter 5:5
Likewise, you who are younger, be subject to the elders. Clothe yourselves, all of you, with humility toward one another, for “God opposes the proud but gives grace to the humble.”

1 Timothy 3:6
He must not be a recent convert, or he may become puffed up with conceit and fall into the condemnation of the devil.

2 Chronicles 26:16
But when he was strong, he grew proud, to his destruction. For he was unfaithful to the Lord his God and entered the temple of the Lord to burn incense on the altar of incense.

2 Corinthians 10:18
For it is not the one who commends himself who is approved, but the one whom the Lord commends.

2 Corinthians 5:12
We are not commending ourselves to you again but giving you cause to boast about us, so that you may be able to answer those who boast about outward appearance and not about what is in the heart.

Daniel 4:37
Now I, Nebuchadnezzar, praise and extol and honor the King of heaven, for all his works are right and his ways are just; and those who walk in pride he is able to humble.

Daniel 5:20
But when his heart was lifted up and his spirit was hardened so that he dealt proudly, he was brought down from his kingly throne, and his glory was taken from him.

Deuteronomy 8:14
Then your heart be lifted up, and you forget the Lord your God, who brought you out of the land of Egypt, out of the house of slavery.

Ecclesiastes 7:8
Better is the end of a thing than its beginning, and the patient in spirit is better than the proud in spirit.

Ezekiel 28:17
Your heart was proud because of your beauty; you corrupted your wisdom for the sake of your splendor. I cast you to the ground; I exposed you before kings, to feast their eyes on you.

Galatians 6:3
For if anyone thinks he is something, when he is nothing, he deceives himself.

Galatians 6:4
But let each one test his own work, and then his reason to boast will be in himself alone and not in his neighbor.

Genesis 3:5
For God knows that when you eat of it your eyes will be opened, and you will be like God, knowing good and evil.

Isaiah 10:12
When the Lord has finished all his work on Mount Zion and on Jerusalem, he will punish the speech of the arrogant heart of the king of Assyria and the boastful look in his eyes.

Isaiah 13:11
“I will punish the world for its evil, and the wicked for their iniquity; I will put an end to the pomp of the arrogant, and lay low the pompous pride of the ruthless.”

Isaiah 14:14
I will ascend above the heights of the clouds; I will make myself like the Most High.

Isaiah 16:6
“We have heard of the pride of Moab— how proud he is!— of his arrogance, his pride, and his insolence; in his idle boasting he is not right.”

Isaiah 2:11
The haughty looks of man shall be brought low, and the lofty pride of men shall be humbled, and the Lord alone will be exalted in that day.

Isaiah 23:9
The Lord of hosts has purposed it, to defile the pompous pride of all glory, to dishonor all the honored of the earth.

Isaiah 4:2
In that day the branch of the Lord shall be beautiful and glorious, and the fruit of the land shall be the pride and honor of the survivors of Israel.

Isaiah 66:2
All these things my hand has made, and so all these things came to be, declares the Lord. But this is the one to whom I will look: he who is humble and contrite in spirit and trembles at my word.

James 4:10
Humble yourselves before the Lord, and he will exalt you.

Jeremiah 49:16
The horror you inspire has deceived you, and the pride of your heart, you who live in the clefts of the rock, who hold the height of the hill. Though you make your nest as high as the eagle’s, I will bring you down from there, declares the Lord.

Leviticus 26:19
“And I will break the pride of your power, and I will make your heavens like iron and your earth like bronze.”

Obadiah 1:3
The pride of your heart has deceived you, you who live in the clefts of the rock, in your lofty dwelling, who say in your heart, “Who will bring me down to the ground?”

Philippians 2:3
Do nothing from rivalry or conceit, but in humility count others more significant than yourselves.

Proverbs 13:10
By insolence comes nothing but strife, but with those who take advice is wisdom.

Proverbs 14:3
By the mouth of a fool comes a rod for his back, but the lips of the wise will preserve them.

Proverbs 15:25
The Lord tears down the house of the proud but maintains the widow’s boundaries.

Proverbs 16:19
It is better to be of a lowly spirit with the poor than to divide the spoil with the proud.

Proverbs 16:5
Everyone who is arrogant in heart is an abomination to the Lord; be assured, he will not go unpunished.

Proverbs 18:12
Before destruction a man’s heart is haughty, but humility comes before honor.

Proverbs 21:24
“Scoffer” is the name of the arrogant, haughty man who acts with arrogant pride.

Proverbs 21:4
Haughty eyes and a proud heart, the lamp of the wicked, are sin.

Proverbs 25:27
It is not good to eat much honey, nor is it glorious to seek one’s own glory.

Proverbs 26:12
Do you see a man who is wise in his own eyes? There is more hope for a fool than for him.

Proverbs 28:25
A greedy man stirs up strife, but the one who trusts in the Lord will be enriched.

Proverbs 3:34
Toward the scorners he is scornful, but to the humble he gives favor.

Psalm 10:2
In arrogance the wicked hotly pursue the poor; let them be caught in the schemes that they have devised.

Psalm 10:4
In the pride of his face the wicked does not seek him; all his thoughts are, “There is no God.”

Psalm 101:5
Whoever slanders his neighbor secretly I will destroy. Whoever has a haughty look and an arrogant heart I will not endure.

Psalm 131:1
A Song of Ascents. Of David. O Lord, my heart is not lifted up; my eyes are not raised too high; I do not occupy myself with things too great and too marvelous for me.

Psalm 138:6
For though the Lord is high, he regards the lowly, but the haughty he knows from afar.

Psalm 31:23
Love the Lord, all you his saints! The Lord preserves the faithful but abundantly repays the one who acts in pride.

Psalm 56:2
My enemies trample on me all day long, for many attack me proudly.

Psalm 59:12
For the sin of their mouths, the words of their lips, let them be trapped in their pride. For the cursing and lies that they utter.

Psalm 73:6
Therefore pride is their necklace; violence covers them as a garment.

Revelation 18:7
As she glorified herself and lived in luxury, so give her a like measure of torment and mourning, since in her heart she says, ‘I sit as a queen, I am no widow, and mourning I shall never see.’

Revelation 3:17
For you say, I am rich, I have prospered, and I need nothing, not realizing that you are wretched, pitiable, poor, blind, and naked.

Romans 12:16
Live in harmony with one another. Do not be haughty, but associate with the lowly. Never be wise in your own sight.

Romans 12:3
For by the grace given to me I say to everyone among you not to think of himself more highly than he ought to think, but to think with sober judgment, each according to the measure of faith that God has assigned.

Zephaniah 3:11
“On that day you shall not be put to shame because of the deeds by which you have rebelled against me; for then I will remove from your midst your proudly exultant ones, and you shall no longer be haughty in my holy mountain.”

How to fast and pray for a breakthrough