This post brings to you the selection of 30 powerful passover bible verses.

In the new testament, it’s recorded that Jesus Christ has paid the price of redemption via his blood and this post bring to you 30 powerful scriptures on passover blood for more enlightenment on the mystery of Passover blood. 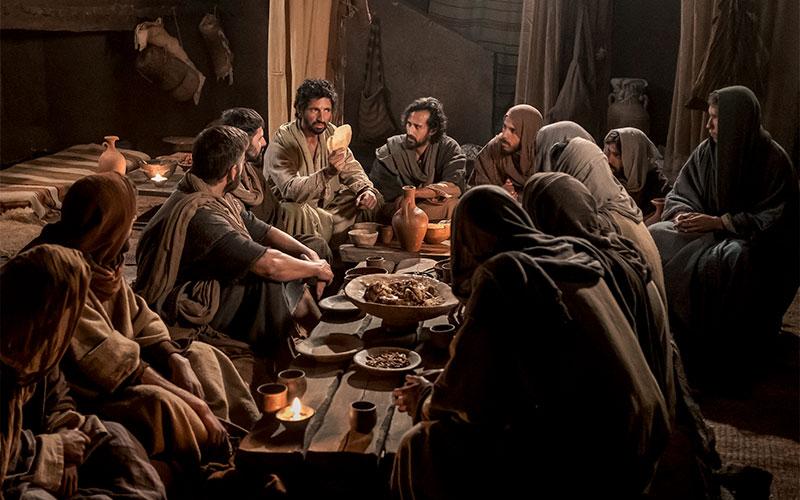 Check out the Passover scriptures below

Exodus 12:25-27
When you enter the land which the LORD will give you, as He has promised, you shall observe this rite.
And when your children say to you, ‘What does this rite mean to you?’ you shall say, ‘It is a Passover sacrifice to the LORD who passed over the houses of the sons of Israel in Egypt when He smote the Egyptians, but spared our homes.’” And the people bowed low and worshiped.

Exodus 12:2-11
“This month shall be the beginning of months for you; it is to be the first month of the year to you. Speak to all the congregation of Israel, saying, ‘On the tenth of this month they are each one to take a lamb for themselves, according to their fathers’ households, a lamb for each household. Now if the household is too small for a lamb, then he and his neighbor nearest to his house are to take one according to the number of persons in them; according to what each man should eat, you are to divide the lamb.

Numbers 9:1
Thus the LORD spoke to Moses in the wilderness of Sinai, in the first month of the second year after they had come out of the land of Egypt, saying, “Now, let the sons of Israel observe the Passover at its appointed time. On the fourteenth day of this month, at twilight, you shall observe it at its appointed time; you shall observe it according to all its statutes and according to all its ordinances.”

Exodus 34:25
“You shall not offer the blood of My sacrifice with leavened bread, nor is the sacrifice of the Feast of the Passover to be left over until morning.

John 11:55
Now the Passover of the Jews was near, and many went up to Jerusalem out of the country before the Passover to purify themselves.

Numbers 9:6-8
But there were some men who were unclean because of the dead person, so that they could not observe Passover on that day; so they came before Moses and Aaron on that day. Those men said to him,
“Though we are unclean because of the dead person, why are we restrained from presenting the offering of the LORD at its appointed time among the sons of Israel?” Moses therefore said to them, “Wait, and I will listen to what the LORD will command concerning you.”

Exodus 12:43-45
The LORD said to Moses and Aaron, “This is the ordinance of the Passover: no foreigner is to eat of it; but every man’s slave purchased with money, after you have circumcised him, then he may eat of it. A sojourner or a hired servant shall not eat of it.

Numbers 9:14
If an alien sojourns among you and observes the Passover to the LORD, according to the statute of the Passover and according to its ordinance, so he shall do; you shall have one statute, both for the alien and for the native of the land.’”

Joshua 5:10
While the sons of Israel camped at Gilgal they observed the Passover on the evening of the fourteenth day of the month on the desert plains of Jericho.

2 Kings 23:21-23
Then the king commanded all the people saying, “Celebrate the Passover to the LORD your God as it is written in this book of the covenant.” Surely such a Passover had not been celebrated from the days of the judges who judged Israel, nor in all the days of the kings of Israel and of the kings of Judah. But in the eighteenth year of King Josiah, this Passover was observed to the LORD in Jerusalem.

2 Chronicles 30:1-3
Now Hezekiah sent to all Israel and Judah and wrote letters also to Ephraim and Manasseh, that they should come to the house of the LORD at Jerusalem to celebrate the Passover to the LORD God of Israel.
For the king and his princes and all the assembly in Jerusalem had decided to celebrate the Passover in the second month, since they could not celebrate it at that time, because the priests had not consecrated themselves in sufficient numbers, nor had the people been gathered to Jerusalem.

Ezekiel 45:21-22
“In the first month, on the fourteenth day of the month, you shall have the Passover, a feast of seven days; unleavened bread shall be eaten. On that day the prince shall provide for himself and all the people of the land a bull for a sin offering. During the seven days of the feast he shall provide as a burnt offering to the LORD seven bulls and seven rams without blemish on every day of the seven days, and a male goat daily for a sin offering.

Luke 2:41-42
Now His parents went to Jerusalem every year at the Feast of the Passover. And when He became twelve, they went up there according to the custom of the Feast;

John 6:4
Now the Passover, the feast of the Jews, was near.

Acts 12:4
When he had seized him, he put him in prison, delivering him to four squads of soldiers to guard him, intending after the Passover to bring him out before the people.

Luke 22:15
And He said to them, “I have earnestly desired to eat this Passover with you before I suffer;

Matthew 26:17-19
Now on the first day of Unleavened Bread the disciples came to Jesus and asked, “Where do You want us to prepare for You to eat the Passover?” And He said, “Go into the city to a certain man, and say to him, ‘The Teacher says, “My time is near; I am to
keep the Passover at your house with My disciples.”’”
The disciples did as Jesus had directed them; and they prepared the Passover.

Mark 14:12-14
On the first day of Unleavened Bread, when the Passover lamb was being sacrificed, His disciples *said to Him, “Where do You want us to go and prepare for You to eat the Passover?” And He *sent two of His disciples and *said to them, “Go into the city, and a man will meet you carrying a pitcher of
water; follow him; and wherever he enters, say to the owner of the house, ‘The Teacher says, “Where is My guest room in which I may eat the Passover with My disciples?”

Luke 22:7-13
Then came the first day of Unleavened Bread on which the Passover lamb had to be sacrificed. And Jesus sent Peter and John, saying, “Go and prepare the Passover for us, so that we may eat it.” They said to Him, “Where do You want us to prepare it?”

John 2:23
Now when He was in Jerusalem at the Passover, during the feast, many believed in His name, observing His signs which He was doing.

1 Corinthians 5:7
Clean out the old leaven so that you may be a new lump, just as you are in fact unleavened. For Christ our Passover also has been sacrificed.

John 1:29
The next day he *saw Jesus coming to him and *said, “Behold, the Lamb of God who takes away the sin of the world!

John 19:36
For these things came to pass to fulfill the Scripture,
“NOT A BONE OF HIM SHALL BE BROKEN.”

Exodus 12:46
It is to be eaten in a single house; you are not to bring forth any of the flesh outside of the house, nor are you to break any bone of it.

Revelation 5:5-6
and one of the elders *said to me, “Stop weeping; behold, the Lion that is from the tribe of Judah, the Root of David, has overcome so as to open the book and its seven seals.” And I saw between the throne (with the four living creatures) and the elders a Lamb standing, as if slain, having seven horns and seven eyes, which are the seven Spirits of God, sent out into all the earth.

Final words:
The Passover Blood is our Stronghold, Fortress and High Tower in times of need and we can see an example on  (Zech. 9:11-12) not only that, The Blood is also the Voice of rebuke for the
forces of the enemy (Heb. 12:24), what does that mean?

The blood speaks rebuke for the enemy and speaks preservation over your life
I believe you find these 30 powerful passover bible verses useful. Kindly share with friends.